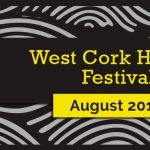 This year the West Cork History Festival runs from 8th to 11th August.

The Festival will open on Friday 9th August @ 6.30pm with former Taoiseach John Bruton in conversation with Carl Dinnen, ITV News political correspondent, on a range of the historical topics that the Festival will cover.

On Saturday a series about the triangular relationship between Ireland, Britain and continental Europe will include John Dorney, of The Irish Story, on Florence McCarthy and his Spanish connections and Dr Sylvie Kleinman on United Irishmen in the French army in the 1790s.

Saturday afternoon will see a series of fascinating talks focusing on aspects of local and regional history and the arts. Professor Claire Connolly will speak about the Deep Maps Project on West Cork Coastal Cultures of which she is Co-Principal. Orla Murphy will speak about her father, renowned Cork sculptor Seamus Murphy. Local historian Gerald O’Brien will discuss Daniel O’Connell’s ‘Monster Meeting’ at Skibbereen in 1843. Miriam O’Donovan will talk about Canon James Goodman and the music and language of West Cork.

On Sunday Ida Milne and Ian D’Alton will discuss their recently published collection of essays Protestant and Irish (2019).

Posted in Editor's Blog, Ireland and the World, Munster