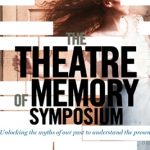 On 16-18 January the Abbey Theatre hosted a three-day symposium to debate the role of theatre in commemoration. Leading Irish playwrights, actors, directors and academics came together to discuss the role of memory in making theatre and the challenges of commemorating historical events, especially during the ‘Decade of Centenaries’. The symposium was mixture of debates, public lectures, and performances. Amongst the performances directly relevant to the ongoing centenary commemorations was Jimmy Murphy’s Of this brave time, a play commissioned by the Abbey and based upon the Bureau of Military History statements relating to the Easter Rising of 1916, as selected and published by Prof. Fearghal McGarry of Queens’ University Belfast.

President Michael D. Higgins opened the symposium, and in his speech commented on the implications of the commemoration of the First World War in Ireland, given that the outbreak of the war will be commemorated globally in 2014. He remarked that ‘even with the years of distancing, we have not fully examined the consequences of World War One in Ireland. Such difficulty as we have had in facing into our own culture of violence probably has to do with the long shadow cast by the conflict in Northern Ireland, and the reluctance to draw conclusions which might prove disturbing for contemporary actors.’

‘A respect for such complexity as does not sink into relativism is another benefit to be gained from engaging with the writings of Irish WWI soldiers. We need to better understand these men’s multilayered senses of belonging and the complex motives and circumstances which led them to volunteer to join the British Army’.

Click here for podcasts of the speeches made to the symposium.

Post Views: 216
Posted in 2014 events, Artistic and Cultural, Dublin, Other Podcasts, Past