The Wind That Shakes The Barley: with author and historian Liz Gillis 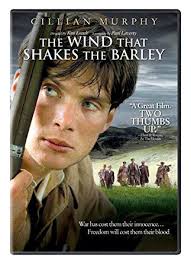 The 2019 Kildare Readers’ Festival has teamed up with the Co. Kildare Decade of Commemorations Committee to screen Ken Loach’s The Wind that Shakes the Barley – a somewhat controversial exploration of the Irish War of Independence and the Irish Civil War.

Author and historian, Liz Gillis will be in attendance to discuss her book on the Hales Brothers from Cork whose story mirrors that of the central characters of the film, Damien and Teddy O’Donovan.

Lord Edward’s Own Re-Enactment Group from Monasterevin will police the theatre, so beware and be sure to be on time!