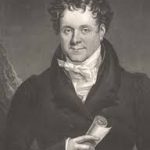 The Daniel O’Connell Summer School takes place in the Library, Cahersiveen on Friday 23rdAugust and in Derrynane House, Caherdaniel on Saturday 24th August 2019.

The School highlights the legacy of Daniel O’Connell, nationally and internationally, explores issues of importance to O’Connell and which are still relevant today and celebrates the rich traditions and folklore of O’Connell’s native South Kerry.

Kerry and the First Dáil: An Exhibition

This exhibition will celebrate Kerry’s first four TDs who were elected to Dáil Éireann in the general election of 1918 and who took their seats as members of the first Dáil on 21 January 1919.  The TDs were Austin Stack (West Kerry), Fionán Lynch (South Kerry), James Crowley (North Kerry) and Piaras Béaslaí (East Kerry).

The exbibition will feature letters, newspaper reports and ephemera which relate to these founders of Independent Ireland and will be introduced by Tom O’Connor, Kerry County Librarian.