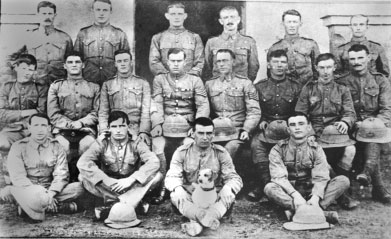 On 28 June 1920, five men from C Company of the 1st Battalion of the Connaught Rangers led a mutiny in Jalandhar, Punjab, in protest against martial law in Ireland. Following their surrender a few days later, 88 mutineers were court-martialled, of whom 77 were imprisoned; the leader, James Daly, was executed.

The imprisoned mutineers were released in 1923; they returned to Ireland, and in 1936 were granted State pensions. In 1970 the remains of James Daly and two other mutineers were repatriated from India.

Listen to Tommy Graham, editor of History Ireland, discuss the complex web of issues arising from these events and their commemoration both in 1970 and today with John Gibney, Cécile Gordon, Brian Hanley and Kate O’Malley.

This podcast is part of the History Ireland Hedge School programme supported by the Department of Culture, Heritage and the Gaeltacht under the Decade of Centenaries 2012–2023 initiative.