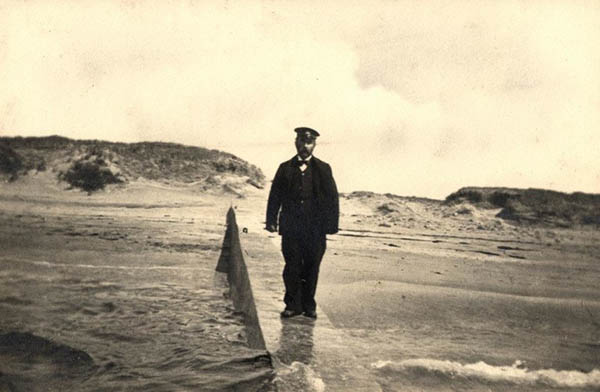 Irish Lights have joined with the Royal Irish Academy to develop Safety at sea through war and upheaval: Irish Lights 1911-1923, a new exhibition on the Irish Revolution that captures the history of Irish Lights, the history of the island of Ireland itself, its ever-changing coasts and shorelines, and the history of the people who lived along our island’s seaboard. What emerges is a never-before told story of devotion to duty, scientific, engineering and physical endeavour, world war, revolution and change. It is also a deeply personal story of those who worked with and built up Irish Lights and who devoted their lives to protecting the coastline for the safety of all.

Through the nineteenth century the number of Ireland’s lighthouses increased from fourteen to seventy-four, with eleven lightships placed around the east and south coasts. The exhibition explores how Irish Lights, with its origins in the late-eighteenth century, and coming of age in the certainties of the nineteenth, faced the challenges of global and national uncertainty in the early twentieth century. More precisely, the exhibition details Irish Lights’ history between 1911 and 1923, and event such as the Easter Rising of 1916, the Anglo-Irish War of 1919–1921, and the Anglo-Irish Treaty.

The exhibition will be showcased in venues all along the Irish coastline throughout 2017. It is currently on display in the Coach House, Dublin Castle, until the end of April. Admission is free, with an accompanying booklet costing €5.

Post Views: 104
Posted in Editor's Blog, Ireland and the World