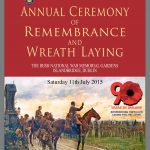 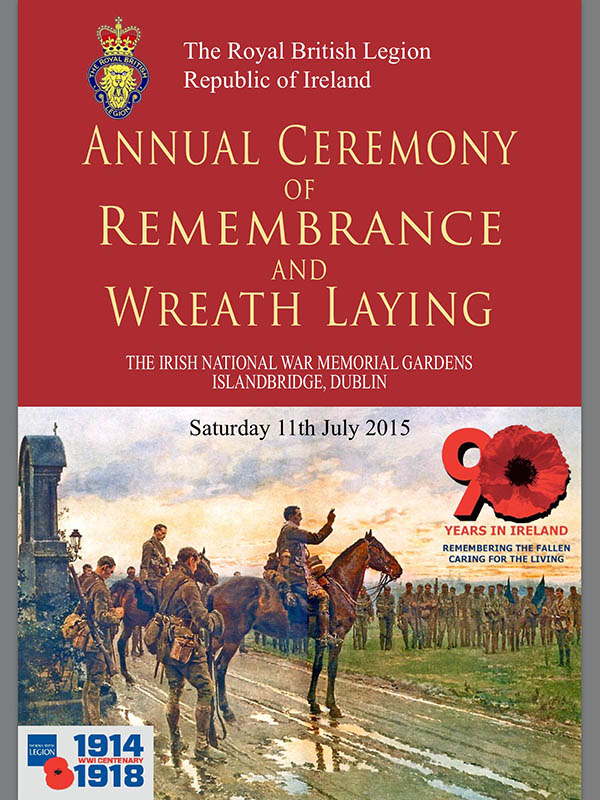 On Saturday 11 July 2015 the Royal British Legion Republic of Ireland conducted its annual commemoration and wreath-laying ceremony at the Irish National War Memorial Gardens, Islandbridge, Dublin 8. Members of the public were welcome to attend. This annual event commemorates those who lost their lives in the two World Wars, in particular the estimated 60,000 Irish men and women from all parts of the Ireland who served and died in those conflicts.

This major ceremony was attended by governmental, civic and diplomatic representatives and commenced at 2.30 pm with a parade of the standards of Royal British Legion, regimental and ex-services organisations. This was followed by an ecumenical service of remembrance and laying of wreaths.

Learn more about the Royal British Legion Republic of Ireland.