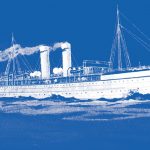 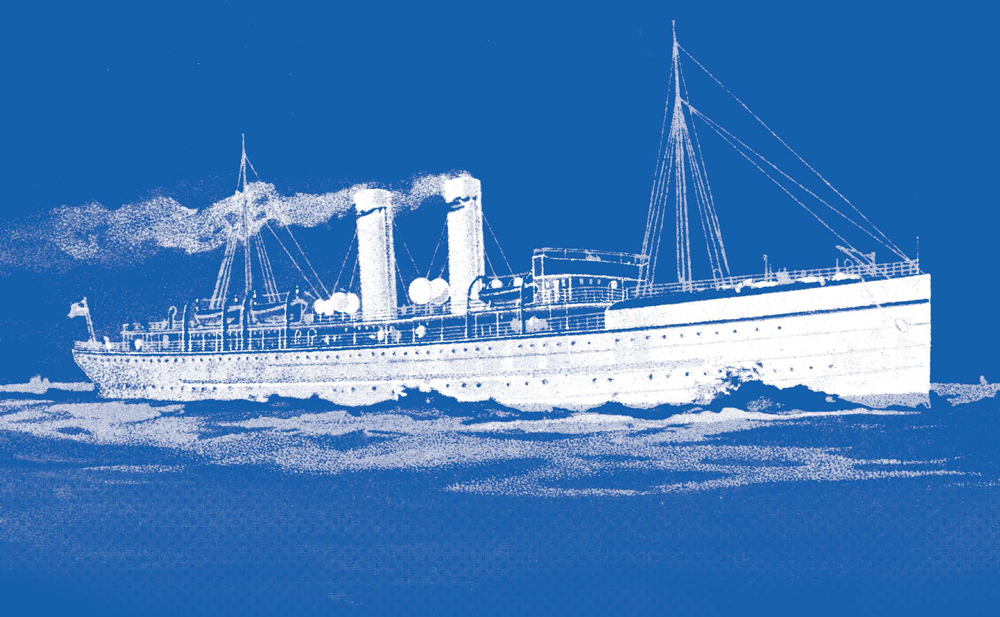 10 October 2018 marks the centenary of the worst maritime disaster ever recorded in the Irish Sea: the sinking of the RMS Leinster by a German U-boat just off the Kish Bank, outside Dublin Bay.

The Leinster was originally built for the City of Dublin Steam Packet Company to service its route across the Irish Sea, and had been pressed into service during the First World War. The Leinster departed from Carlisle Pier in Dún Laoghaire (then Kingstown) just before 9am on Thursday, 10 October 1918, en route to Holyhead in Wales. An estimated 771 passengers and crew were on board, comprising postal sorters, civilian passengers, military and medical personnel and the ship’s crew. Just before 10am the ship was sunk by three torpedoes from the German submarine, UB-123, with the loss of over 580 lives (the U-boat itself was sunk by a mine in the North Sea nine days later, with the loss of its entire crew). The military personnel killed on the Leinster were from a wide range of countries – Australia, Ireland, Britain, Canada, the United States and New Zealand – and many were buried in Grangegorman Military Cemetery, with the civilian dead being interred across the city in cemeteries such as Dean’s Grange and Glasnevin.

Two articles by Philip Lecane offer some essential background; this 2004 piece for History Ireland outlines the international context to the disaster, while this more recent article for Century Ireland explores the manner in which the sinking of the Leinster has been remembered in the century since it happened.

The sinking of the Leinster is being marked by an extensive and diverse centenary programme in October 2018. There will be an official state commemoration of the disaster on 10 October, along with an extremely wide range of exhibitions, seminars, talks, tours and performances in a variety of venues in the Dún Laoghaire area, including dlr Lexicon and the National Maritime Museum of Ireland.  The museum will play an especially prominent role, as it will be hosting many of the events (including a History Ireland Hedge School) and admission will be free of charge during the commemorative week of 6-14 October. The official brochure containing full details of the centenary programme can be viewed or downloaded here.

Finally, further information on the Leinster and the associated centenary events can be found on the dedicated websites rmsleinster.com and leinster2018.com.