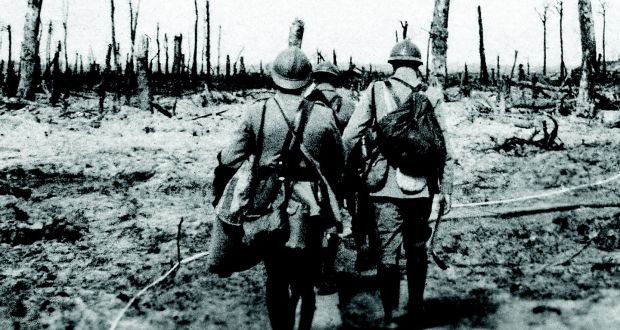 On Wednesday 18 May 2017 The Irish Times published the latest in its series of ‘Century’ supplement, entitled Western Front: from Messines to Passchendaele. This focuses on 1917, the year in which the US entered the war, while the Bolshevik Revolution of 1917 eventually took Russia out of the war. Yet 1917 saw the war on the Western Front come to a virtual standstill. The supplement focuses on the experience of Irish troops at the front, most especially at the Battle of Messines Ridge, at which both the 16th (Irish) and 36th (Ulster) Divison’s fought alongside one another, while it also explores the shifting realities of the Irish ‘home front’, as John Redmond’s power waned in the face of the rise of separatist republicanism after the Easter Rising.

‘Western Front: from Messines to Passchendaele’ is published with the assistance of the Department of Arts, Heritage, Regional, Rural and Gaeltacht Affairs. Read it online here.