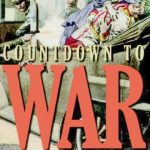 On 14 May 2014 The Irish Times published the fifth in its series of ‘Century’ special supplements, with the support of the Department of Arts, Heritage and the Gaeltacht. The supplement was entitled Countdown to war, and, as noted by Patrick Smyth in his introduction, it is ‘an attempt to describe/explain from the perspectives of the capitals of Europe what happened in the 37 days between the killing in Sarajevo on the 28th of June 1914 of the Archduke Franz Ferdinand and his wife by a Serbian nationalist, and the declaration of war by Britain on Germany’.

Featuring articles by a range of correspondents and experts, Countdown to war, deals with how the ‘July Crisis’ and descent into war impacted upon Ireland, but it also provides a wider European context by examining the crisis from the perspective of key European capitals such as Berlin, Brussels, London, Moscow, Paris, and Sarajevo.

Posted in 2014 events, Ireland and the World, Past, World War One