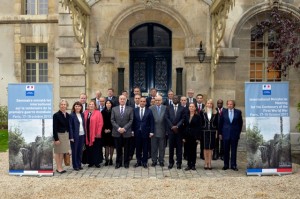 On 17–18 October Ireland sent official representation to the International Ministerial Meeting for the Centenary of the First World War in October 2013. The Irish Government is committed to playing a full part in the centenary commemorations of the war, paying due respect to those of all nations who lost their lives. Senior officials from countries including the U.S., Britain and Australia gathered on Thursday under the Arc de Triomphe for a ceremonial re-lighting of the eternal flame that marks the tomb of France’s unknown soldier.

Thereafter, the chair’s concluding statement was adopted with the support of the Irish delegation.