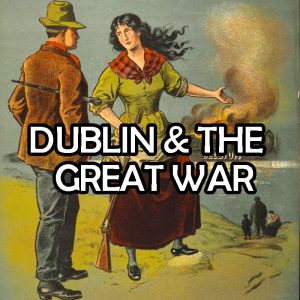 Earlier this year Near FM, based in Coolock in Dublin, produced and broadcast a three-part series on ‘Dublin and the Great War’. The series was supported by the BAI, was recorded live in Coolock library, and featured a range of speakers and singers from An Góilín singers, including Fergus Russell, Máire Ni Chróinín and Luke Cheevers. The series was presented by Ciaran Murray, and the the speakers and topics included: Padraig Yeates and John Dorney on anti-conscription and the Russian revolution; Fionnuala Walsh and Niamh Murray on the suffragette movement and women at work; and, finally, Jennifer Wellington and Tom Burke on the Royal Dublin Fusiliers and how the Great War was remembered.

Listen back to the full series here.

Post Views: 45
Posted in Editor's Blog and tagged Dublin and the Great War, Near FM