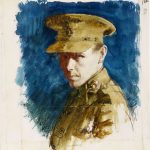 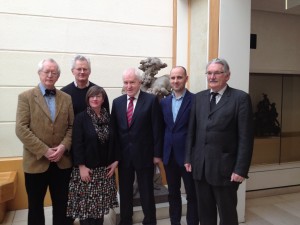 On Saturday 1 March 2014 the National Gallery of Ireland hosted a ‘study day’ on ‘War Artists’. By focusing on World War I, this will reflects an era of radical change in both art and history. The range of talented artists that captured the people and events involved in the war included Paul Nash, Eric Kennington, William Orpen, Max Beckmann and Käthe Kollwitz. The artists Laura Knight, Faith Farr, Cecily Browne and Doris Zinkeisen proved that women could also present the most disconcerting aspects of war. The continuing presence of war has led to different kinds of artwork, including the rise of photo-journalism, and images delivered daily on television screens from conflict regions.

From History Ireland: Keith Jeffery on Irish artists of the First World War.