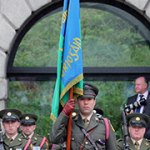 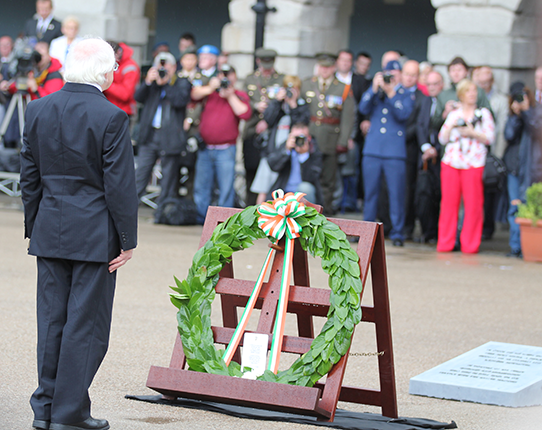 Every year on the National Day of Commemoration (the Sunday nearest July 11th – the anniversary of the truce that ended the Anglo-Irish War), the Taoiseach invites guests to attend a service in the presence of the President of Ireland, members of the Government of Ireland, members of Dáil Éireann and of Seanad Éireann, the Council of State, the Defence Forces, the Judiciary and other official representatives.

President Michael D. Higgins laid a wreath in the courtyard in memory of all Irishmen and Irishwomen who have died in past wars and on service with the United Nations.

The 2013 service was a multi-faith commemoration that included the Catholic and Church of Ireland archbishops of Dublin, along with representatives from the Jewish community, the Presbyterian Church in Ireland, the Coptic Orthodox Church, the Methodist Church and the Islamic Cultural Centre.

Music was provided by the Defence Forces School of Music who accompanies a guest choir.

The ceremony was open to the public and was televised live on RTE.

To watch the RTE report on the National Day of Commemoration 2013, click here. 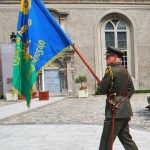 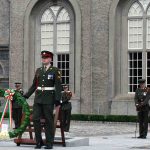 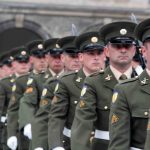 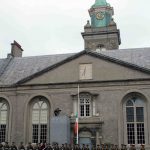 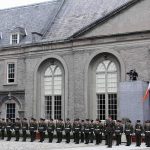 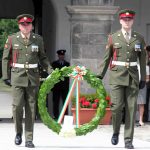 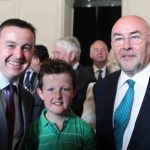 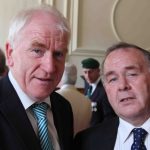