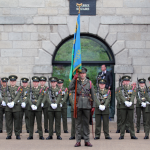 The annual National Day of Commemoration Ceremony, to honour all those Irishmen and Irishwomen who died in past wars, or on service with the United Nations, was held at the National Museum of Ireland, Collins Barracks on Sunday, July 2012. The ceremony was open to the public

Built between 1704 and 1710, Collins Barracks played a military role for over two centuries. The site remained a barracks for British troops until 1922, when it was taken over by the National Army and re-named Collins Barracks after the first commander-in-chief of the National Army, General Michael Collins. Today, it is home to the headquarters of the National Museum of Ireland and showcases a range fascinating exhibits on military history, clothing, furniture, silver, ceramics, coins, oriental collection and glassware.

The ceremony commenced with a multi-faith service of prayer, after which the President laid a wreath on behalf of the people of Ireland. A representative body from the Defence Forces was also on parade.

Watch the RTE coverage of the National Day of Commemoration 2012 here.

Commemoration Ceremonies were also held in the following locations: 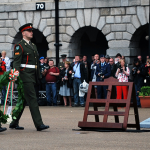 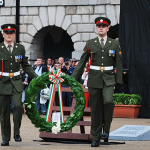 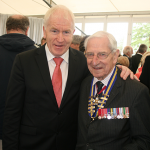 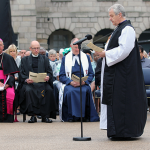 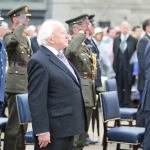 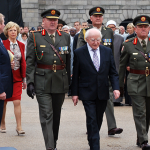 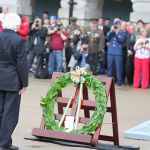 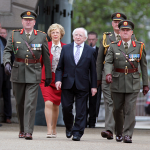 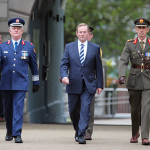 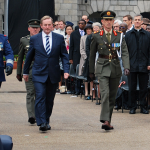