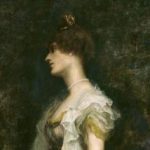 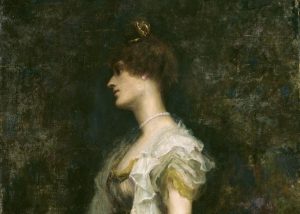 On 27 October 2018 the National Gallery of Ireland opened a new exhibition on the life of Constance Markievicz, née Gore-Booth (1868-1927), entitled Markievicz: Portraits and propaganda. Markiewicz was a leading figure of the Irish revolutionary period, playing a prominent role in the struggle for women’s suffrage and the fight for Irish independence. A trained artist, Markievicz recognised the potential of portraiture for political expression and propaganda. Presenting herself as Joan of Arc or a militant republican, she used portrait photography to shape her public identity.

Markievicz was the subject of numerous portraits throughout her life. Some relate to the privileged lifestyle she enjoyed as a member of the aristocracy. Depictions of her reflect the conventions and expectations placed on women of her class. These contrast with later, self-styled portrayals as feminist republican. Dressed in the uniform of the Irish Citizen Army, her militarised image was a call to the women of Ireland to join her in taking up arms.

On the centenary of Markievicz’s election as the first woman to the British Parliament (1918) and the formation of the First Dáil (1919), of which she was a member, this exhibition explores the role of portraiture both in moulding her private and public image.

This new exhibition is curated by Donal Maguire (NGI), and will run in Room 31 of the National Gallery of Ireland from 27 October 2018 to 10 February 2019. Admission free.