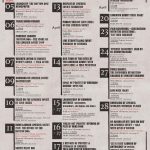 ONCE UPON A TIME THERE WAS A SOVIET IN LIMERICK…

In April 1919 a general strike shook Limerick to its core. For two weeks workers took over the city, controlling food production and prices, and creating their own police force and currency. 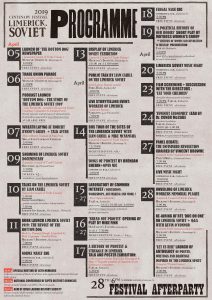 They were fighting against the imposition of martial law by the British Army, after the death of trade unionist and republican Robert Byrne. Tanks were put on the bridges. The world’s media looked on, predicting this could be the spark to ignite a socialist revolution across Ireland.

One hundred years on, the Limerick Soviet 100 Festival will celebrate this hidden history, and bring it to life for a new generation. Plays, films, podcasts and book launches, workshops and debates, song and dance.