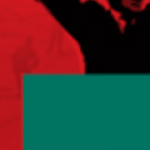 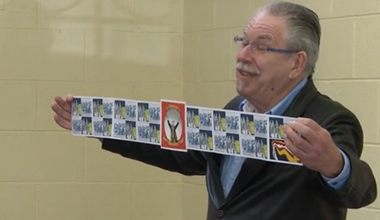 President Michael D Higgins officially launched the SIPTU 1913 Tapestry project in Liberty Hall on 18 September 2013. The tapestry, consisting of 30 panels designed by artists Cathy Henderson and Robert Ballagh, was created by over 200 volunteers from trade unions, communities, schools and prisons across the country. The project was a partnership involving SIPTU, the National College of Art and Design, community groups, schools and the arts and crafts sector, including the Irish Countrywomen’s Association, the Embroidery Guild and the Irish Patchwork Society. The Department of Arts, Heritage and the Gaeltacht also provided funding of €30,000 for the project.

Before formally launching the Tapestry, President Higgins met with a number of the volunteers who worked on the panels. Addressing a capacity crowd in the Liberty Hall Theatre, he paid tribute to the work of the volunteers in bringing the events of the 1913 Lockout to life for a new generation in this artistic work. He said the Tapestry was ‘a “public work of art” that connects us to a crucial event in our past in the most meaningful way’. He welcomed the co-operation of the SIPTU and the National College of Art and Design whose director, Professor Declan McGonagle, who also addressed the audience of tapestry volunteers as well as community workers and trade unionists.

He concluded by saying that ‘the greatest moments in our history were always those when our people turned towards the future and a sense of what might be possible. It is that vision that sustained the workers of Dublin during the Lockout. It is that same vision of a better future, of a future reclaimed as an arena of hope, that sustains the Irish people during every period of hardship’.

To read the full speech by President Higgins, click here.

To watch a short documentary about the tapestry, click here