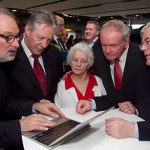 On Friday 10 January Tánaiste and Minister for Foreign Affairs and Trade, Eamon Gilmore T.D., together with Northern Ireland’s First Minister, The Rt. Hon Peter D. Robinson, MLA, and deputy First Minister, Martin McGuinness, MLA, launched an online archive of Ireland’s First World War records. The new archive, ‘Ireland’s Memorial Records’, lists 49,000 soldiers from the island of Ireland who died in combat during the First World War or as a result of wounds sustained during battle.

Google, the In Flanders Fields Museum in Belgium, and the Department of Foreign Affairs and Trade worked together to bring the project to fruition. Relatives of those who died in the war were also present to see the archive launched.

The records were originally published in 1923 by the Committee of the Irish National War Memorial, in an eight-volume set illustrated by Harry Clarke. The records have now been corrected, updated and made available online as part of the project.  The records can be searched by name, place of birth, rank, regiment, service number, date of death and place of burial / commemoration where that information is known. Ireland’s Ambassador to Belgium, Eamonn MacAodha, worked closely with Google and the In Flanders Fields Museum to bring the project to fruition.  The Irish genealogical history and heritage company Eneclann worked to digitize the available information on the casualties.

Mr Gilmore said ‘I’m delighted to launch this important archive in the company of the First Minister and deputy First Minister. While the digitisation and online access to this record will be a rich resource for genealogy, most significant is its value in facilitating the simple and important act of remembering the individuals, Irish men and women, who lost their lives in the First World War.’

First Minister Robinson remarked that ‘I very much welcome the opportunity to be involved in the launch of this historical project today. Google and the In Flanders Fields Museum are to be highly commended for this valuable piece of work. As we enter an important decade of commemorations in both our countries, it is my hope that what has been established here today will keep alive the history and the stories of those who did not return from war. This work will allow the stories of the fallen to be recorded for the benefit of future generations and will allow us to express our thanks and acknowledge the sacrifice of men who died helping to preserve our freedom’.

Deputy First Minister McGuinness observed that ‘over 200,000 Irishmen fought in the war and over 49,000 were killed, which shows the human impact of the war on the island of Ireland. It is important all their personal stories are told and this innovative project ensures the memory of those Irish soldiers killed will continue. This partnership between Google and the In Flanders Fields Museum has resulted in an incredible source of information for family, students and researchers. I commend Google for their efforts in helping collate this information but more importantly making it accessible. I encourage people to use it and share their stories so future generations can better understand the lives of their predecessors.’

To watch the RTE report on the launch, from Century Ireland, click here.

For the full text of Eamon Gilmore’s remarks at the launch, click here.

To explore the online RTE exhibition ‘Ireland and the Great War’, click here.

From History Ireland: The history of the National War Memorial Gardens. 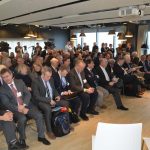 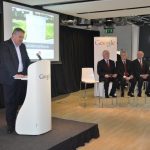 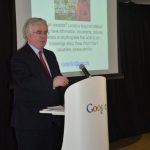 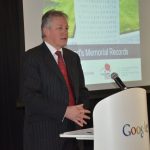 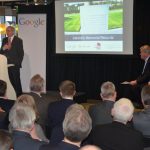 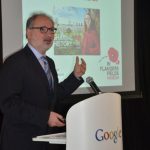 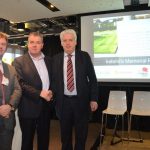 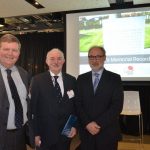 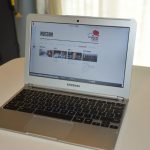 Post Views: 94
Posted in 2014 events, Dublin, Ireland and the World, Past, World War One