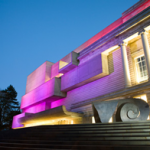 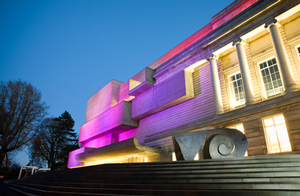 This lecture series was organised and funded by the Community Relations Council and the Heritage Lottery Fund, and comprised a series of public lectures in an attempt to encourage informed debate and reflection. The series, ‘A Decade of Anniversaries, 2012-23’, was launched at the Ulster Museum on 8 March 2012 and ran until 16 May 2012.

The guest speaker at the launch was Department of Culture and Leisure Minister Carál Ní Chuilín.

At the launch Dr Eamon Phoenix, chair of the lecture series, observed that ‘in Ireland, it has been truly said, we have a common history but not a common memory. For some ‘1916’ conjures memories of Pearse the ‘blood sacrifice’ of the Easter Rising; for others, the ‘blood sacrifice’ of the Ulster Division at the Somme that bloody summer. In the coming decade this society – itself emerging from bitter conflict – will be challenged by the roll-out of a series of centenaries connected with the Irish Revolution and Partition. While opinion remains divided over such iconic events as the Covenant, the Rising and Partition, we must acknowledge that they shaped our destinies on this island, north and south’.

‘The series will feature a range of perspectives on these seismic events. It will also explore the unexpected: the fact that two contrasting Covenants were signed in 1912; that the name ‘Sinn Féin’ was coined by Edward Carson’s Gaelic-speaking cousin, and that one of the most graphic accounts of the Rising was penned by a UVF man with a ‘ringside seat’! Things are rarely as they seem and this series is set to challenge, inform and stimulate dialogue about some of the foundation events of modern Ireland.”

The motivations of Edward Carson (the ‘lawyer with the Dublin accent’), John Redmond (the ‘Home Rule imperialist’), James Craig (the pragmatic Ulsterman), and Eamon de Valera (the ‘first of the revisionists’) was explored by a range of experts over the course of 10 evenings. The complex tapestry of events was scrutinised in order to assess issues such as the impact of Carson on Irish nationalism, the impact of the Great War on Ireland, the causes of the 1916 Rising and the emergence of partition by 1921.

Details of the lectures can be found here.