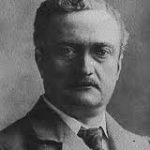 A major international conference on the Irish Home Rule Crisis of 1912 took place in UCC on 19-20 October 2012.

The British Ambassador to Ireland, Dominick Chilcott, was the key speaker at the event. On foot of British Prime Minister David Cameron’s speech in October, outlining the British Government’s approach to the commemoration of the First World War, Ambassador Chilcott made a significant statement regarding his government’s policy towards the ‘Decade of Centenaries’. Ambassador Chilcott said ‘it is important that scholars and historians from Ireland and Britain should be able to come together in a spirit of transparency and truth-seeking to commemorate the past. We wanted to make commemorating the decade of centenaries as inclusive an endeavour as possible’.

The event attracted a number of historians from Irish, British, American and French universities, who addressed a variety of aspects of one of the most significant periods in the modern history of both Ireland and Britain which, during the period between 1912 and 1914, faced the threat of civil war for the first time since the seventeenth century.The keynote address on the Home Rule crisis in Irish history was given by Professor Tom Bartlett, University of Aberdeen. Professor Eugenio Biagini of the University of Cambridge addressed the subject of the crisis in the context of British history while Dr. Martin Mansergh of the Expert Advisory Group on Commemorations, offered an assessment of the role of leadership during the crisis.