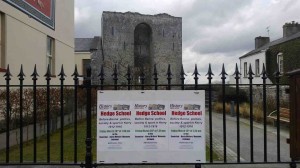 On Friday 28 March Seanchaí Kerry Writers’ Museum, Listowel, Co. Kerry, hosted a History Ireland Hedge School entitled ‘Before Banna: politics, society & sport on Kerry, 1912-1916. The Hedge School was organised in association with Century Ireland and was supported by the Department of Arts, Heritage and the Gaeltacht.

Roger Casement’s landing and arrest at Banna Strand has assured Kerry a place in the narrative (and song) of the 1916 Rising. The county was equally prominent in the War of Independence and in the Civil War, which was particularly bitter in the county. But what was happening before 1916? Was Kerry always a bastion of republicanism (or of Gaelic football)? What was the level of support for the Irish Parliamentary Party or British Army recruitment? To discuss these and related matters History Ireland editor, Tommy Graham, hosted a lively round table discussion with Richard McElligott (Forging a Kingdom: the GAA in Kerry 1884-1934); John Borgonovo (UCC); Padraig Óg Ó Ruairc (OPW); Tim Horgan (The Men Will Talk To Me: Kerry interviews by Ernie O’Malley).

The Hedge School was opened by Mr Jimmy Deenihan, TD, Minister for Arts, Heritage, and the Gaeltacht. Speaking ahead of the event, Minister Deenihan said ‘I’m delighted to be working with History Ireland, to be bringing Hedge Schools and other themes related to the Decade of Centenaries around Ireland – and particularly interested in tonight’s theme as the role of Kerry in that period cannot be underestimated’. 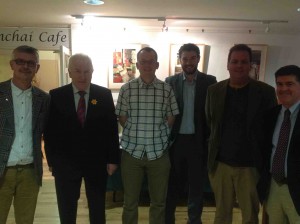 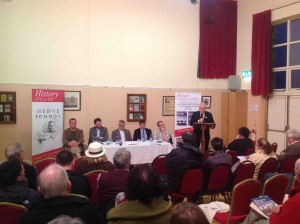