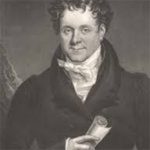 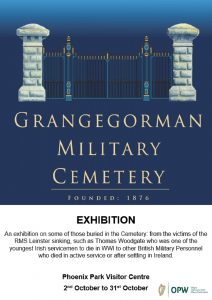 This exhibition tells the story of some of those buried in the Cemetery such as  Victoria Cross winner Martin Doyle, Guy Vickery Pinfield, the first British Officer casualty of the 1916 Rising,  several members of the ANZAC, British Military Personnel who died in active service or after settling in Ireland and over 140 casualties of the sinking of the R.M.S. Leinster on the 10th of October 1918, including Tommy Woodgate aged 14 years. He was a private, second class with the 23rd Training Squadron of the Royal Air Force and one of the youngest military casualties of the First World War.

The exhibition is being held in The Phoenix Park Visitor Centre, which is open seven days a week.