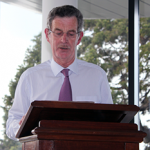 Former Tanaiste Dick Spring gave a lecture at the Glasnevin Museum in Dublin to mark the centenary of James Connolly’s motion, passed by the Irish Trades Union Congress in April 1912, to establish an Irish Labour Party. The motion which led to the foundation of the Labour Party was put forward by Connolly at the ITUC annual meeting in Clonmel, Co Tipperary  on 28 May 1912. 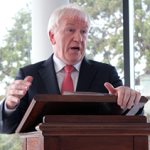 The lecture was part of the official series to mark the series of centenary commemorations and was hosted by the Glasnevin Trust by chairman John Green at the request of Mr Deenihan.