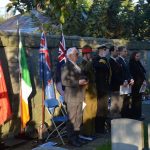 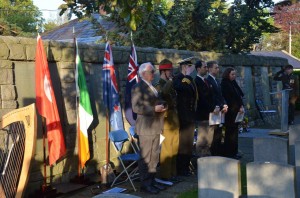 The annual dawn commemoration of ANZAC Day took place on 25 April at Grangegorman Military Cemetery at 6.30am, Friday 25 April. ANZAC Day honours the men and women of Australia and New Zealand who have died in war. It was originally established to commemorate the 8,000 members of the Australia and New Zealand Army Corp (ANZAC) who were killed in the Gallipoli campaign, beginning on 25 April 1915. Over the years the commemoration was extended to all Australian personnel killed in all military operations in which the Australian armed forces participated. 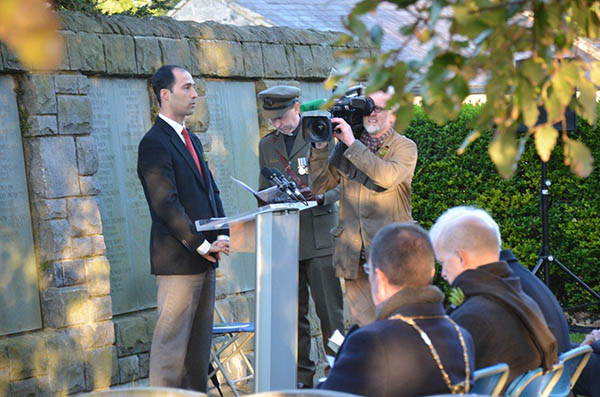 Mr Zeki Guler, Embassy of the Republic of Turkey, delivers the Ataturk address. 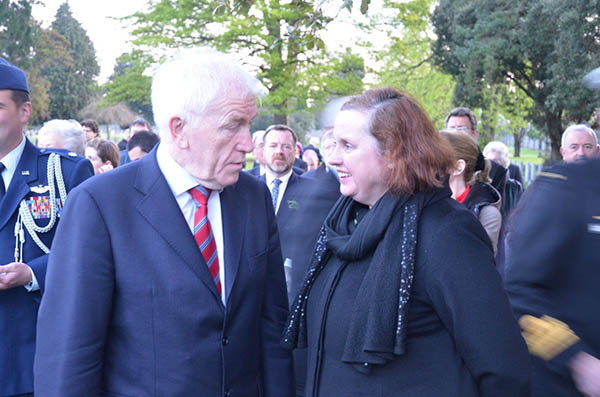 The commemoration lasted approximately 40 minutes and was followed by light refreshments. The ANZAC address was given by Proj. Jeff Kildea, Keith Cameron Professor of Australian History at UCD.  The ceremony was also addressed by Mr Zeki Guler of the Turkish Embassy. Jimmy Deenihan TD, Minister for Arts, Heritage and the Gaeltacht, and the Australian ambassador to Ireland, Dr Ruth Adler, also attended the ceremony.

ANZAC Day 2014 marks the 98th anniversary of the Gallipoli landings. It has been marked in Dublin since 2006. A memorial service was also be held in St. Ann’s Church, Dawson St. Dublin 2, at 7.30pm on 25 April. The guest choir was the Esk Community Choir from Queensland Australia.

To learn about ANZAC Day from the Australian War Memorial, click here.

Post Views: 97
Posted in 2014 events, Dublin, Ireland and the World, Past, World War One