The Expert Advisory Group on Centenary Commemorations was established by the Taoiseach in 2011 and meets regularly in the Department of the Taoiseach. Its role is to advise the Government on historical matters relating to the Decade of Centenaries, and to consult widely with academic, community and voluntary groups and members of the public to ensure that significant events are commemorated accurately, proportionately and appropriately in tone. The group is non-partisan and composed of independent members from around the country.

Dr Maurice Manning is Chancellor of the National University of Ireland. He is a former T.D. and Senator, and was President of the Irish Human Rights Commission from 2002 until 2012.  He has written several books on Irish politics, and lectured in politics at UCD from 1966 to 2002. 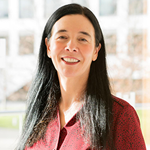 Originally a mathematician, she has worked in digital innovation and cultural heritage over 25 years in the public and private sectors.

She is the Chair of the Consortium of National and University Libraries (CONUL), a member of the Advisory Forum to the Irish Government’s National Conversation on Research, the Board of the Digital Repository of Ireland (DRI), and the Council of the Research Data Alliance (RDA).

Professor Mary Daly is President of the Royal Irish Academy. She graduated from UCD with a double-first in History and Economics and a research masters in History, which secured an NUI Travelling Studentship. Her doctoral research was carried out at Nuffield College, Oxford. She has been a member of the UCD Faculty since 1973, and has also held visiting positions at Harvard and Boston College. Her teaching and research have concentrated on nineteenth- and twentieth-century Ireland. She has written eight books, and edited/co-authored five books and numerous articles. Mary has also played an active role outside UCD, as a member of the National Archives Advisory Council and the Irish Manuscripts Commission. Secretary of the Royal Irish Academy 2000–2004, she was vice-chair of the Academy’s Working Group on Higher Education, whose report was published in July 2005.

Francis Devine, a retired tutor and author, is a former President of the Irish Labour History Society. He is the author of Organising History: A Centenary of SIPTU (Gill & Macmillan, Dublin, 2009) and a Trustee of the Working Class Movement Library, Manchester. Currently an Executive Member of the Musicians’ Union of Ireland, he is completing Cultivating a Trade Union Culture: A History of the Medical Laboratory Scientists’ Association, 1961–2011 and Communicating the Union: A History of the Communications Workers’ Union, 1904–2012.

Gabriel Doherty is a lecturer in the Department of History, University College Cork. He received his BA in Modern History from Oxford University, having studied at Magdalen College between 1986 and 1989, and an MSc in History from University College Galway. He has edited a number of books of essays on twentieth century Irish history, most recently The Home Rule crisis, 1912-14 (Cork, 2014).

Anne Dolan is Associate Professor of Modern Irish History at Trinity College Dublin. Educated at UCD and Cambridge, she is author of Commemorating the Irish Civil War: History and Memory 1923-2000 and, with William Murphy, Michael Collins: the Man and the Revolution. With Cormac O’Malley she has co-edited ‘No Surrender Here!’: the Civil War Papers of Ernie O’Malley 1922-1924, and she is currently co-editing a multi-volume edition of the O’Malley notebooks with Dr Eve Morrison for the Irish Manuscripts Commission and the UCD Archives and Digital Library..

Diarmaid Ferriter is Professor of Modern Irish History at UCD.

He is a regular television and radio broadcaster and a weekly columnist with the Irish Times. In 2019 he was elected a member of the Royal Irish Academy. 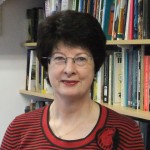 Mary Harris is originally from Cork and studied history, Irish and Spanish at University College Cork. She completed her MA in medieval Irish literature at UCC and her doctorate in history at the University of Cambridge. From 1992-1996 she taught Irish Studies at the University of North London. She joined the History Department at NUI Galway in 1996, where her teaching has focussed on nineteenth and twentieth-century Ireland, in particular on church-state relations, political ideologies, and the Northern Ireland conflict. Her publications include The Catholic Church and the Foundation of the Northern Irish State (Cork, 1993).

Leeann Lane is a graduate of University College Cork and Boston College. She is a lecturer in the School of History and Geography, Dublin City University.

Commandant Stephen Mac Eoin was enlisted into the Army as an Officer Cadet in 1999. Attending University under the Army’s USAC scheme, he was awarded a double First in French and History from NUI, Galway (2006) and later an MA in Archives Management from UCD (2008).

As both archivist and Army Officer, he has been actively involved in heritage and commemoration projects within the Defence Forces since 2007, most recently serving as Officer in Charge (Director) of the Military Archives. A  member of the National Archives Advisory Council, he has led the delivery of several key archival projects informing recent historiography, including notably the digitisation of the Bureau of Military History (1913-1921) Collection and served for an extended period on the Interdepartmental Committee overseeing the phased release of the Military Service Pensions Collection.

From 2015 to 2016, he was seconded to the Ireland 2016 team in the then Department of Arts, Heritage and the Gaeltacht as the Defence Forces liaison officer. He is a regular contributor to TV and radio documentaries and has been a spokesperson for Defence Forces heritage and commemoration matters for many years.

Commandant Mac Eoin has completed four tours of duty overseas as a peacekeeper in both command and staff appointments, including Kosovo; Chad; Lebanon and the Congo and served for one year as exchange instructor at the French St Cyr Military Academy.

She has published educational tools including the Researcher's Handbook (2000) and a study of child prisoners in Ireland Hard Lessons (2001).

Her work has spanned the domains of academic research and public history.  A curator of exhibitions on Irish history and Irish art in both Ireland and the US, Sinéad has worked for museum designers, book publishers multi-media companies, national cultural institutions, and in the public and civil service.

Among the exhibitions she has curated are: 'Lady Lavery - Society and Politics' (1996) and 'Passion and Politics - The Salon Revisited' (2010) at the Dublin City Gallery, the Hugh Lane.  While working for Mayo County Council she brought The Jackie Clarke Collection, spanning 400 years of Irish History, from concept to completion.  She showcased items the Collection at the American Irish Historical Society, New York for Crossings (2011) as part of Imagine Ireland and later at 'Drawing Conclusions - Mapping the Irish' (2012) in association with the Linen Hall Library, Belfast.

Sinéad has also written for television documentaries and worked on films, including A Father's Letter (Swansongs Films, 2016) which told the story of Fr Joe Mallin, the last surviving child of a 1916 Leader.

Sinéad was a curatorial and Historical Advisor to the Ireland 2016 Centenary Programme.  Among the projects she worked on under that programme were curating Mná 1916 – Women 1916 (2016) exhibition which toured venues in Ireland and was shown in the Irish embassies in Washington DC and Nairobi; the co-ordination of Ireland Rising - on behalf of the Department of Foreign Affairs & Trade and the Google Street Map: Dublin Rising 1916-2016.  In 2018 she was an ex-offico member of Vótáil100.

Sinéad is curator to a ‘pop-up’ museum, 100 Years of Women in Politics and Public Life produced by the Department of Culture, Heritage and the Gaeltacht, which has toured all four provinces.

Will Murphy is an Associate Professor at the School of History and Geography, Dublin City University.

A historian of modern Ireland, his work on the Irish revolution has addressed several aspects of the period. He is the author of Political Imprisonment and the Irish, 1912-1921 (Oxford, 2014) and editor of Darrell Figgis, A Chronical of Jails (Dublin, 2010). He is co-author, with Anne Dolan, of Michael Collins: the man and the revolution (Cork, 2018), while he has written on the relationship of sport and leisure to the politics of revolution and on suffragist protest during the period. He contributed several chapters to the landmark Atlas of the Irish Revolution (Cork, 2017).

Eunan O’Halpin is Bank of Ireland Professor of Contemporary Irish History and Director of the Centre for Contemporary Irish History at Trinity College Dublin. He was previously Professor of Government at Dublin City University (1998–2000). Educated at UCD and Cambridge, he has written widely on aspects of twentieth-century Irish and British history and politics, including Spying on Ireland: British Intelligence and Irish Neutrality during the Second World War (Oxford, 2008). He is a Member of the Royal Irish Academy and a Fellow of Trinity College Dublin. Professor O’Halpin is Director of the M.Phil in Modern Irish History, and was (July 2005–December 2007) Director of Teaching and Learning (Postgraduate) in the School of Histories and Humanities. He is a member (2005–12) of the Board of Trinity College, and chairman (2006–)of the Library and Information Policy Committee of the Board. He is a member of the Department of Justice Archives Advisory Group, a member and former chairman of the Royal Irish Academy National Committee for the Study of International Affairs and its National Committee for History, and a member of its Irish Constitution project board. He is a joint editor of the Royal Irish Academy ‘Documents on Irish Foreign Policy’ series, and a member of the advisory board of the Historical Journal and of the International Board of 20th Century British History.

Dr Éamon Phoenix is Principal Lecturer in History and Head of Lifelong Learning at Stranmillis University College, Queen’s University Belfast. He is the author of a number of books on modern Irish history including Conflicts in the North of Ireland 1900-2000 and Northern Nationalism 1890-1940. He writes the daily ‘On This Day’ column for the Irish News and is a regular broadcaster. Dr Phoenix designed and chaired the recent lecture series organised by the Northern Ireland Community Relations Council/Heritage Lottery, ‘Remembering the Future’. He is a member of the National Famine Committee and the Nomadic Project Board and a regular speaker at cross-community events on the Decade of Centenaries, 1912-22.