Derry and the north-west, 1920–22—war of independence or communal conflict? 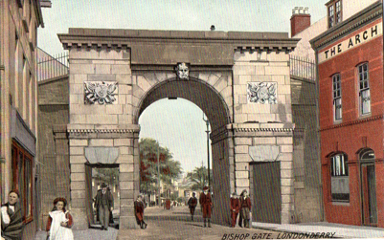 Historians have long contrasted the more nakedly sectarian conflict in Belfast (c. 500 deaths in 1920–2) with the conduct of the War of Independence elsewhere.

With disturbances costing twenty lives in June 1920, Derry seemed to be heading the same way but never reached the same level of intensity.

What was the relationship between the city and its rural hinterland, including Donegal?

What role did the region’s substantial Hibernian element play?

This podcast is supported by the Nerve Centre and Tower Museum’s Decade of Commemorations project, funded by the European Union’s Peace IV programme, managed by the Special EU Programme Body (SEUPB).