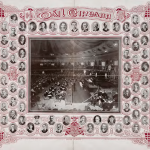 December 2019 Many thanks to all Decade of Centenaries subscribers for your engagement with us throughout 2019.

The newsletter this month is a review of the year, which was an extremely busy one for commemorations.

Below you will find a retrospective of commemorative events which took place this year, all of which have links for further

If you would like to inform us of a suitable talk/exhibition/play – anything related to the Decade of Centenaries – please feel free to email centenaries@historyireland.com. 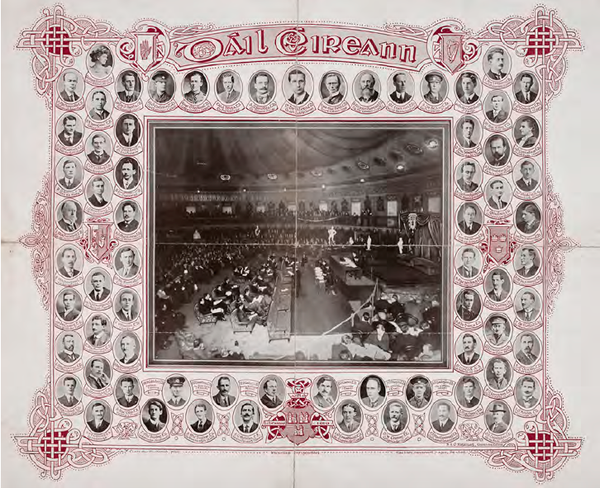 This month marked the beginning of the second phase of the ‘Decade of Centenaries’, with the centenaries of the first meeting of Dáil Éireann and the Soloheadbeg ambush, both of which took place on 21 January 1919 and which can be said to have ushered in the struggle for independence in earnest. In recognition of the significance of the period from 1919 onwards, the Expert Advisory Group on commemorations have published their report on ‘Second phase guidance’, dealing with the period 2019-2023.

Century Ireland devoted substantial coverage to the Dáil and Soloheadbeg respectively. The centenary of the first Dáil was being marked by a number of events, including a seminar in the National Museum of Ireland and a series of open days in Dublin’s Mansion House (where it first met). The Houses of the Oireachtas have also launched a major online resource to mark the centenary, which can be explored here, and there was be a special sitting of the Oireachtas in the Mansion House on 21 January.

Finally, a full recording of the recent History Ireland ‘Hedge School’ on the Soloheadbeg ambush held in Tipperary as part of the centenary commemorations of the ambush is now available to stream or download; listen back to it here. 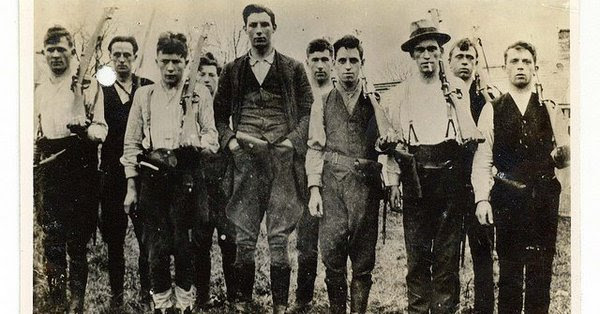 The release of archival material retained by the Military Archives has revolutionised the study of the 1916-23 period, and on Saturday 23 February 2019 the launch of the latest tranche of material took place at at Cathal Brugha Barracks, Rathmines, Dublin 6.

The Brigade Activity Reports series of the Military Service (1916-1923) Pensions Collection took place when reports were compiled from 1935 onwards to assist in the verification of individual applications for pensions; nearly all of the reports include brief descriptions of particular operation undertaken or planned; the date of the operation and its location; and the identity and role of those who participated.

A new publication, a Guide to the Brigade Activity Reports was also be released along with the collection; a copy can be downloaded here free of charge. 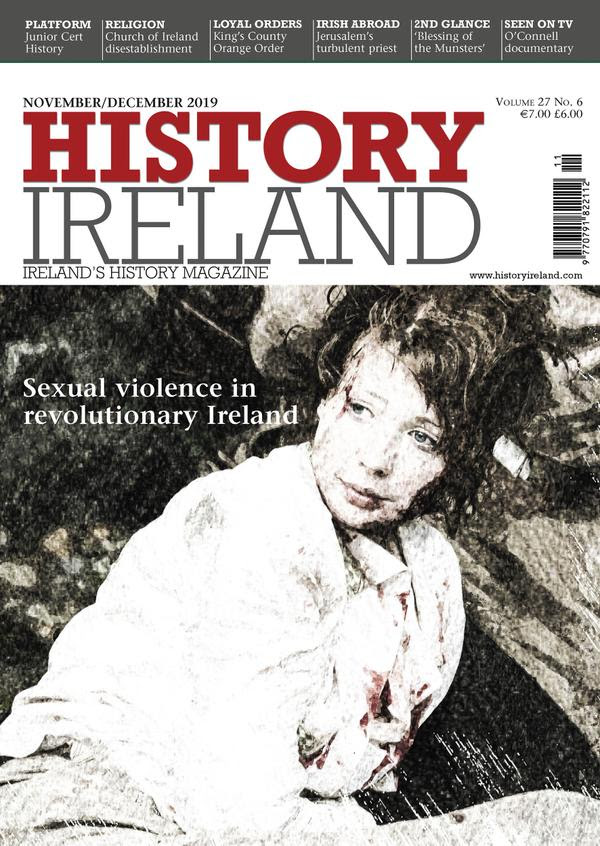 In March 2019 Glasnevin Trust, in conjunction with the School of History and Humanities at Trinity College Dublin, hosted its annual Spring lecture series on the theme of ‘Social History and the Irish Revolution’ every Wednesday evening.

The first lecture in the series was delivered by Prof. Linda Connolly (Maynooth University), and was entitled ‘Towards a further understanding of the violence experienced by women in the Irish revolution.’

This very crucial, and, until recently, an often overlooked area of research is also the theme of the lead article in the current History Ireland magazine and is the subject of the most recent Hedge School, available as podcast here. 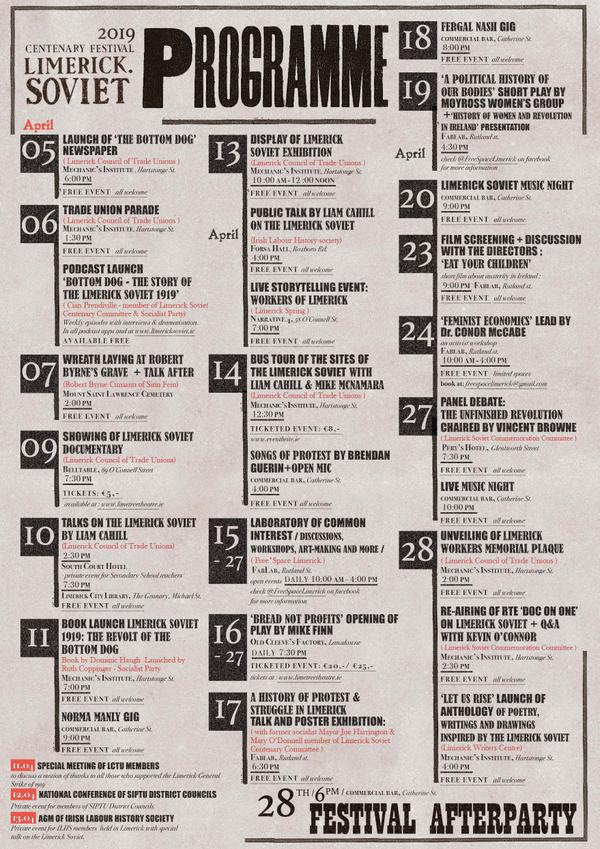 Beginning on Friday 5th April and continuing throughout the month of April, the Limerick Soviet 100 festival commemorated the trade unionist Robert Byrne.

The removal of Byrne’s body to the cathedral in Limerick on 8th April 1919 became a demonstration of republican sentiment, prompting the imposition of martial law in Limerick by the British. In response the United Trades and Labour Council called a general strike, which became known as the ‘Limerick soviet’ (14–27 April).

There are a variety of resources available for anyone who would like to learn more about how two of the major political and social movements of early twentieth century Ireland, labour and independence, became intertwined.

An article by Labour historian and author Padraig Yeates on the general strike of 1918, in response to the Conscription Crisis is among others available on Century Ireland.

In 2018 The History Show on RTÉ covered the Conscription Crisis with Ciarán Wallace from Trinity College Dublin, Padraig Yeates, and historian Liz Gillis.

The Irish Trades Union Congress and the National Archives have made the Annual Reports of the ITUC available to view. These reports cover all aspects of political, economic and social life in Ireland. 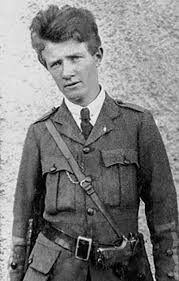 A National Centenary Commemoration of the rescue of Seán Hogan from a Dublin-Cork train where he was being transported in the company of four RIC officers. Hogan had been arrested following his participation in the Soloheadbeg ambush (see January above).

Dan Breen, Seán Treacy and Seumas Robinson, his fellow members of the Third Tipperary Brigade, undertook ambitious plans to rescue Hogan from the train while it was stopped in Knocklong.

Seumas Robinson’s account of the rescue can be read in his Bureau of Military History witness statement. 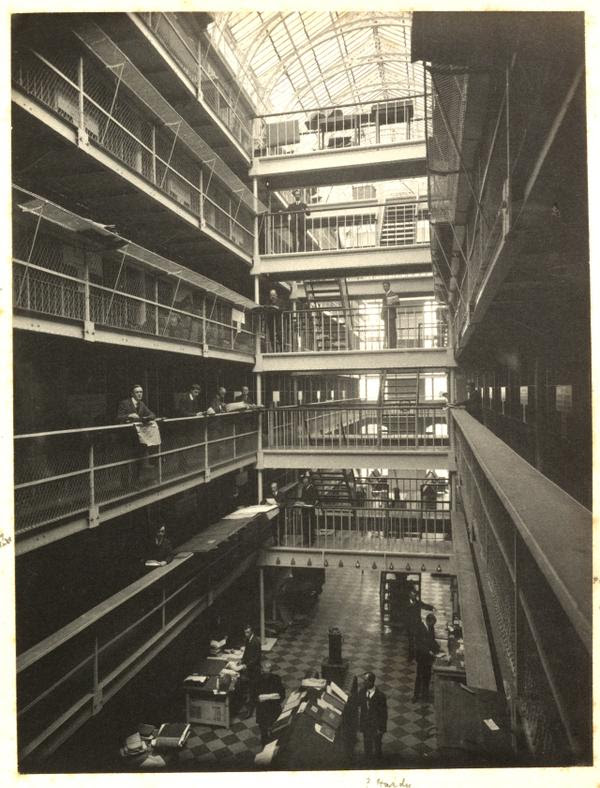 ‘Mondays at The Mess’
at Richmond Barracks, Dublin 8.

Beyond 2022 is an incredible project which is seeking to track surviving copies of records destroyed in the Four Courts bombing during the Civil War.

On the website the ‘Archive Fever‘ tab has a collection of articles examining conservation and archives.

The podcast of Ciarán’s lecture is *here* A major new national exhibition entitled Women in Politics and Public
Life 1918 to 2018 – a Pop-Up Museum went on display in County Roscommon at Áras an Chontae.

The exhibition is part of the decade of
centenaries programme of Roscommon County Council which explores 100 years of
women’s participation in politics and public life.

Roscommon hosted the Connaught leg of this important historical exhibition, which shines a spotlight on the stories of very familiar and lesser-known women including local figures, who have contributed significantly to Irish political and public life over the past century and on the challenges they faced and the obstacles they overcame.

The exhibition is a wonderful opportunity to encourage people of all ages to reflect upon the journey that this country has taken, particularly over the past 100 years but with an awareness also of the considerable work remaining to be done.

Told with films, interviews, interactive objects and museum quality detail it provides a wonderful mix of presentation elements that will encourage discussion, debate and analysis in ongoing exploration of our history.

A slideshow of images from the exhibition can be viewed here.

The exhibition has been curated by historian Dr Sinéad McCoole and supported by the Department of Culture, Heritage and the Gaeltacht/Commemorations Unit. 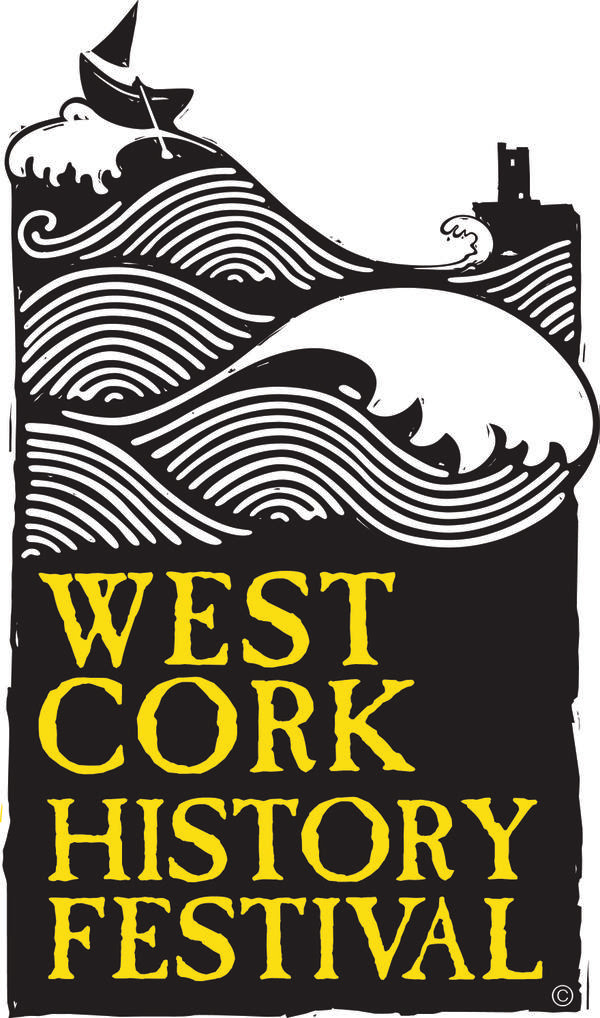 Follow the link *here* to hear podcasts of some of the speakers.

The website allows for searches relating to area, date and particular interest. 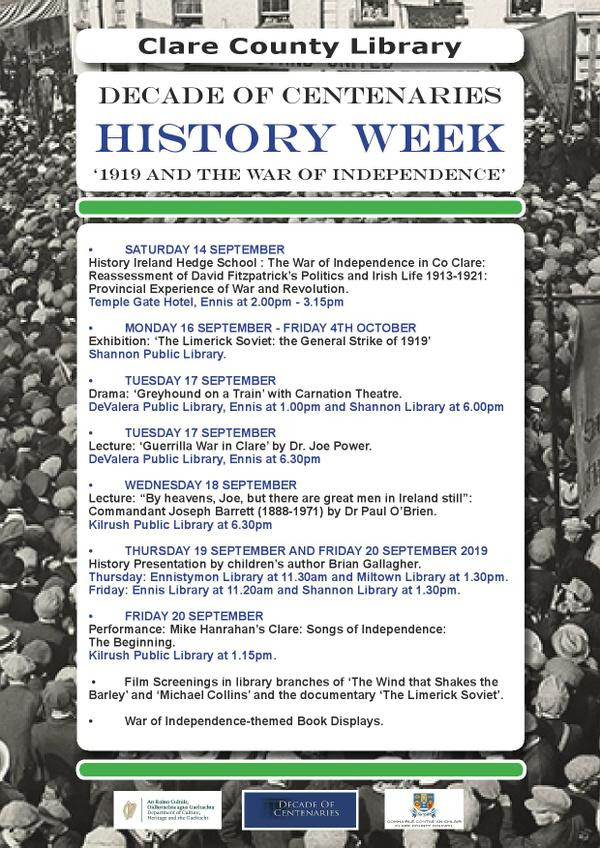 These took place in September in various locations throughout Clare.

This initiative was supported by the Department of Culture, Heritage and the Gaeltacht under the Community Strand of the Decade of Centenaries programme.

As part of the commemorative events, History Ireland held a Hedge School:

‘The War of Independence in Co Clare: reassessment of David Fitzpatrick’s Politics and Irish Life 1913-1921: Provincial Experience of War and Revolution’

The theme of this event arose from the untimely passing of Prof David Fitzpatrick (TCD) earlier this year. This provided an opportunity to reassess his ground-breaking 1977 local study of Co Clare which was to become the template for many similar local studies of the War of Independence.

How does it measure up to the intervening 42 years of scholarship, in particular the release of primary sources such as the Bureau of Military History and the Military Service Pensions Collection?

The podcast is available *here* The hugely successful and varied Dublin Festival of History took place all over the city throughout October.

Podcasts from this year are not yet available, but keep checking the website for updates.

While you are waiting for the podcasts you can read the two volumes of History on Your Doorstep, stories about Dublin from the Dublin Historians-in-Residence.

Volume one is available *here* while volume two is available in all Dublin City Libraries now in hardcopy only. 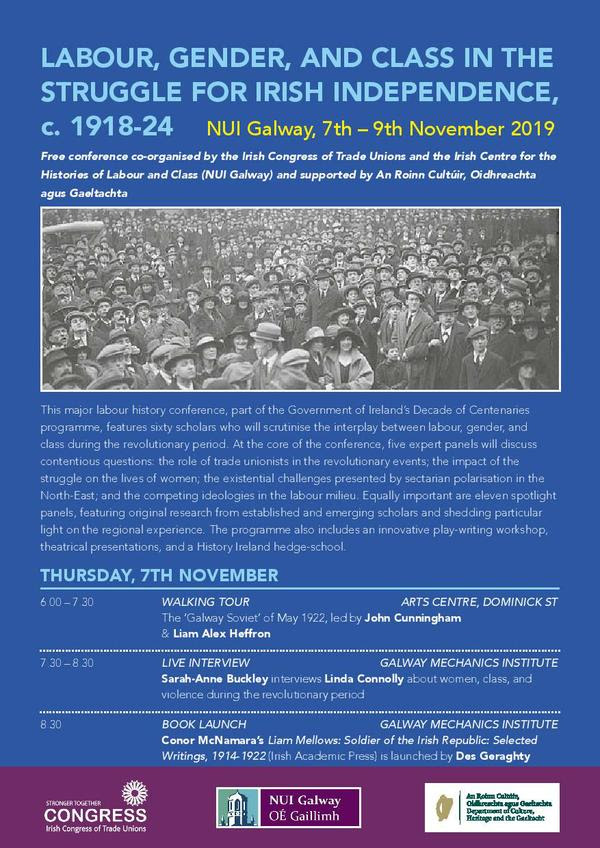 Labour, Gender and Class in the Struggle for Irish Independence, c.1918-24

This major labour history conference, part of the Government of Ireland’s Decade of Centenaries programme, featured sixty scholars who scrutinised the interplay between labour, gender, and class during the revolutionary period.

Held in NUI Galway and organised by the Irish Congress of Trade Unions and the Irish Centre for the Histories of Labour and Class (NUIG), supported by the Department of Culture, Heritage and the Gaeltacht.

As part of the conference a History Ireland Hedge School was held, discussing the topic:

Labour and the North and the National Question

But how did this pan out in the subsequent War of Independence? Members of the trade union movement, the largest civil society organisation in Ireland at the time, were involved in a range of activities, from cultural resistance, to industrial action, to civil disobedience, served in Dáil Courts and local authorities, as well as the armed struggle. Yet Labour was left in a relatively weak position in the politics of the consequent Irish Free State.

It is available *here*

Supported by the Commemorations Unit of the Department of Culture, Heritage and the Gaeltacht. 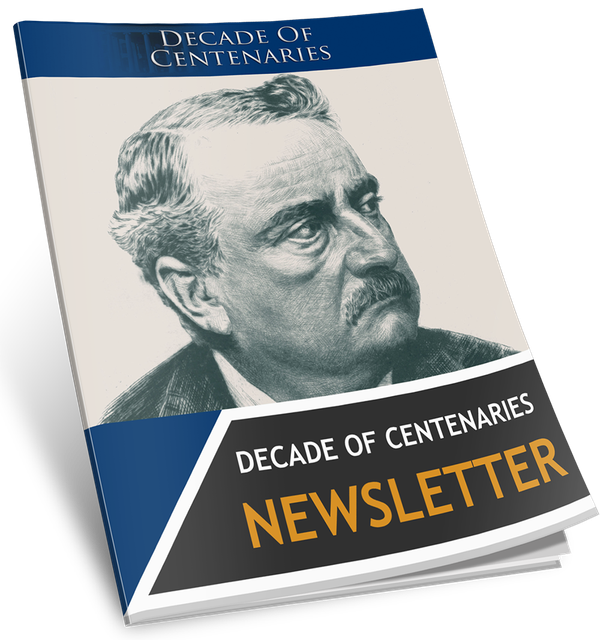 For those with time off over Christmas remember that Ireland has many wonderful cultural institutions, most of which are free to visit.

The Decade of Centenaries has allowed a re-examination of a tumultuous period in Irish history, which was experienced in different ways by the various cultures on the island.

The continuing release of State papers, with the occasional discovery of private papers, leads to a continually evolving understanding of the events of the twentieth century.