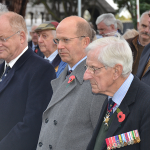 To date all headstones or markers have been erected at the graves of Irish servicemen and women.  In 2011 for the Armistice Day commemoration ceremony the cemeteries two war memorials were rededicated.  Originally located at the Prospect Gate at the back of the cemetery, the memorials have been permanently relocated to a position close to the cemetery’s main entrance on the Finglas Road.  The two memorials record the names of all 208 men and women who died during or as a result of serving in WW1 or WW2 and are buried in Glasnevin Cemetery.

To mark the completion of the joint effort, Glasnevin Trust historian Shane Mac Thomais created an exhibition telling some of the personal military histories of some of the Irish men and women who paid the ultimate price in World War I and World War II. This exhibition ran between 9-30 November 2012.

John Green, chairman of the Glasnevin Trust, along with members of the Trust, participated in a wreath laying ceremony to commemorate Armistice Day in Glasnevin Cemetery on Friday, November 9th 2012 at 2.00pm. 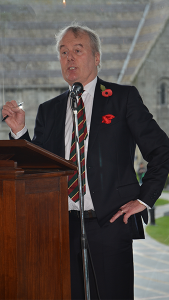 This was then followed by a lecture entitled ‘While Ireland Holds These Graves: Glasnevin Cemetery and the Two World Wars’ by Kevin Myers of the Irish Independent. 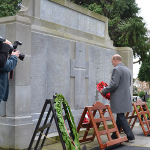 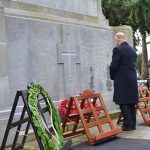 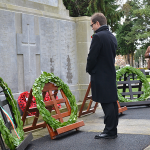 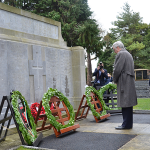 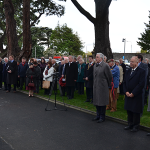 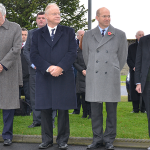 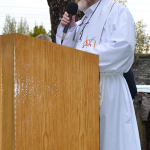 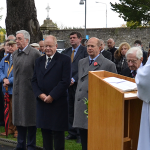 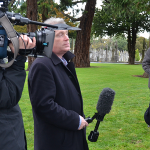