A poster of an illustrated timeline of the Civil War in Co. Kildare has been produced as part of Kildare County Council’s Decade of Commemorations programme to mark the 100th anniversary of its outbreak in June 1922. It details the main events that took place throughout the county during the period.

‘War with the foreigner brings to the fore all that is best and noblest in a nation – civil war brings out all that is mean and base’.

Copies of the poster are available free via Co. Kildare’s public library network.

It will be of interest to anyone curious about the history of Co. Kildare at this time, particularly secondary school students. It may help direct them to many of the key events which took place in Co. Kildare in 1922-23. Some of the main incidents which occurred on the national stage are also included to give context.

The Civil War in Co. Kildare poster was supported by the County Kildare Decade of Commemorations Committee and the Department of Tourism, Culture, Arts, Gaeltacht, Sport, and Media under the Decade of Centenaries 2012-2023 initiative. 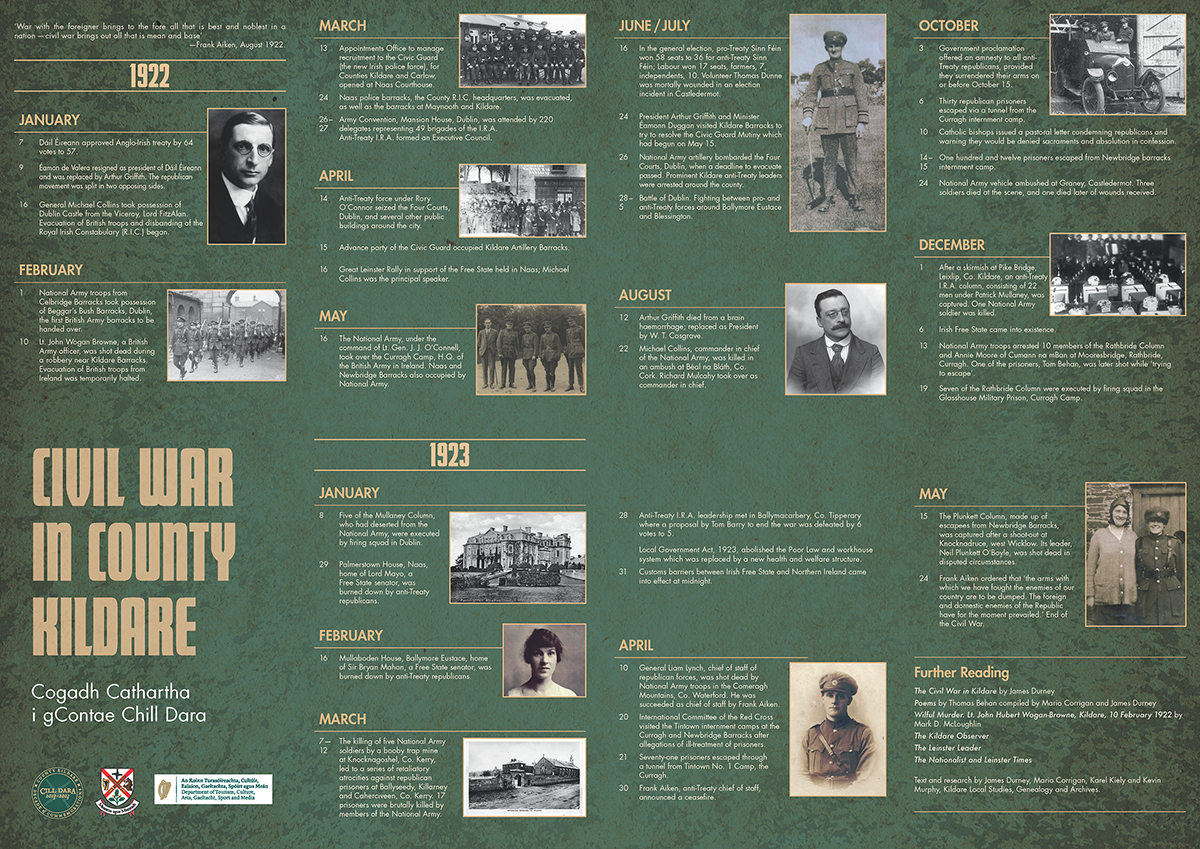