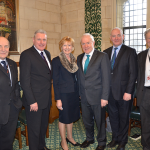 On the centenary anniversary of the second reading of the Third Home rule Bill in the House of Commons, the Minister for Arts, Heritage and the Gaeltacht, Jimmy Deenihan TD, and Northern Ireland Office Minister, the Rt Hon Mike Penning MP, hosted a commemorative event at Westminster to acknowledge the achievement of John Redmond MP and the Irish Parliamentary party. Attended by current and former members of the Houses of Parliament, the meeting included reflections on Redmond and the bill by Lord Paul Bew and Dr Martin Mansergh.

Later, at the Irish embassy, Minister Deenihan met with the Minister for International Security Strategy, the Rt Hon Dr Andrew Murrison MP, and with representatives of the the several official agencies and institutions involved in the British commemorative programme for the centenary of the First World War. 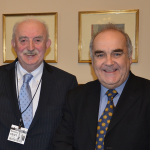 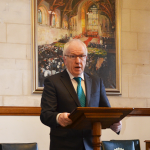 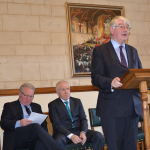 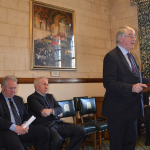 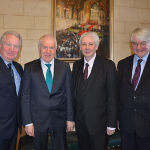 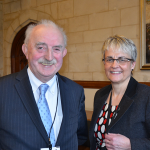 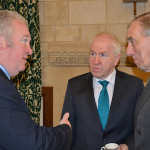 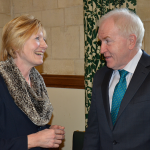