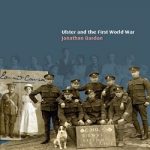 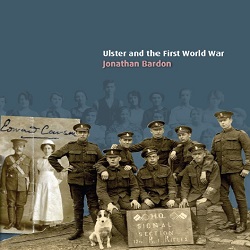 On 3 December 2014 author and historian Jonathan Bardon gave a lunchtime lecture on ‘Ulster and the First World War’ at the Public Records Office of Northern Ireland (PRONI), to the launch of his new book of the same name. Jonathan Bardon. was born in 1941 and educated at Trinity College Dublin and Queen’s University. He has lived in Belfast since 1963, teaching history. He is best known for his critically acclaimed text, A History of Ulster, and  has also written and broadcast numerous radio and television programmes on the history Ireland.

Explore the Creative Centenaries project to learn more about the impact of World War One in Ulster.