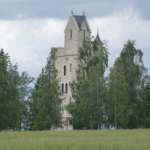 Dinny McGinley TD, Minister of State at the Department of Arts, Heritage and the Gaeltacht, represented the Irish Government at the Ulster Tower memorial at Thiepval on Sunday 1 July 2012. A ceremony was conducted in the grounds of the Tower to mark the 96th anniversary of the Battle of the Somme.

Minister McGinley spoke of the importance of these ceremonies: ‘I am proud to represent the Irish Government at these ceremonies to remember those from all over Ireland and elsewhere who fought at the Somme.

‘The Battle of the Somme saw enormous loss of life, the scale of which must never be forgotten. On the first day of this great battle, 5,500 men from the 36th Ulster division died, along with close to 15,000 of their comrades, on the Allied side alone. We are recognising their proud place in Irish history’.

The Battle of the Somme was also commemorated at Belfast City Hall on 1 July and at the National War Memorial, Islandbridge, Dublin on Saturday, 7 July.

Minister McGinley spoke of the importance of commemoration, saying that ‘the Government is developing a comprehensive programme of commemorative events to mark the many momentous events in the history of Ireland and the world between 1912 and 1922. I hope that these commemorations will facilitate exchanges and enhance our understanding of the most important decade of our modern history’.

Minister McGinley also remarked that seeing the names of some of those who died at the Somme on July 1st 1916 brought the tragedy home to him. ‘I have seen many Donegal men on the Roll of Honour, and many of their remains are here. I will remember all of the estimated 1,100 Donegal men who perished in the Great War, and their families, on Sunday’.

From History Ireland:  Timothy Bowman on the Irish at the Somme. 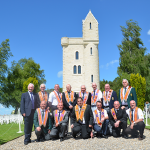 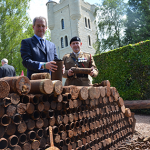 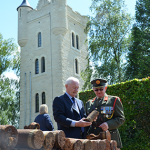 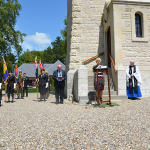 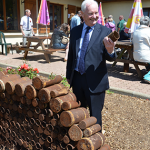 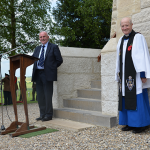 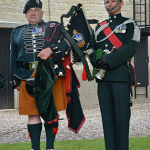