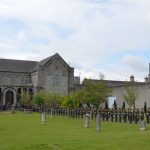 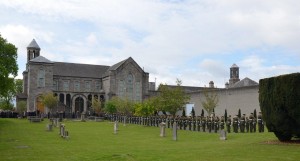 The annual state commemoration of the Easter Rising of 1916 took place at the Church of the Sacred Heart in Arbour Hill, Dublin, on Wednesday May 7. Led by President Michael D Higgins, the event was attended by An Taoiseach, Enda Kenny TD and Tánaiste Eamon Gilmore TD, along with members of the Government and Council of State. Also present were Interim Garda Commissioner Noirín O’Sullivan, Chief Justice Susan Denham and relatives of those who fought in 1916.

The commemoration began with Mass for all who died in 1916. The homily at the memorial mass was delivered by Eamonn Walsh, the Roman Catholic auxiliary bishop of Dublin, and in his homily he made particular reference to both the 1916 Rising and the First World War. There was also an interfaith ceremony at the graveside of the 14 executed leaders of the 1916 Rising. Among the church leaders reading prayers at the graveside was Archbishop Michael Jackson, the Anglican archbishop of Dublin.

President Higgins laid a wreath at the graves of the executed leaders, after which a minute’s silence was observed, followed by the sounding of the Last Post and the National Anthem.

In 1966 a memorial garden was prepared to mark the 50th anniversary of the 1916 Rising. The memorial contains the burial plot where 14 of the executed leaders are buried, and is open every day from 09:00 – 16:00hrs.

To read the text of Bishop Walsh’s homily, click here. 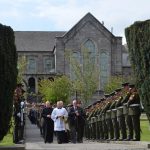 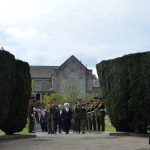 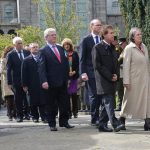 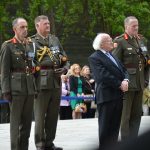 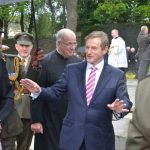 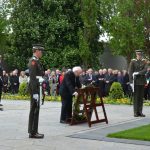 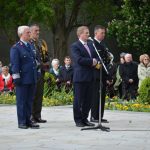 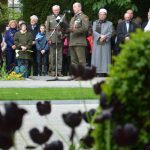