The unveiling ceremony for the memorial plaque to Alice Stopford Green (1847-1929), which has been commissioned by the Meath Archaeological and Historical  Society, took place in Kells on Saturday, 7 December. 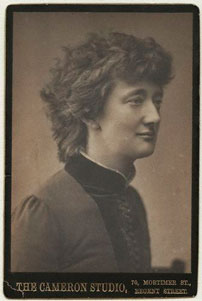 Alice Stopford Green was a native of Kells (daughter of the Church of Ireland rector, Archdeacon Stopford), born in the old Archdeaconry (now Blackwater House, on the Moynalty Road). She made a very significant contribution to the Irish nationalist movement from the late 19th century and was a close confidante of and intellectual influence on many of the leaders of that movement – Casement, Childers, Hobson, De Valera, Griffith and Collins.

She became a Senator in the first government of the Free State in 1922. A noted historian, she wrote one of the most influential works from an Irish cultural historical perspective, “The Making of Ireland and Its Undoing” (1908).

The event on 7 December took place at the Tourist Centre (Old Courthouse).

There was a presentation on Alice Stopford Green by the noted historian, Dr Angus Mitchell, UL, who has written extensively on her life and her circle of friends and colleagues (most recently in the journal of the Meath Archaeological and Historical Society, Riocht na Midhe, 2019 edition). He was introduced by Dr Christopher McCormack, a local historian from Kells, who was one of the prime movers in the project for erection of the plaque. 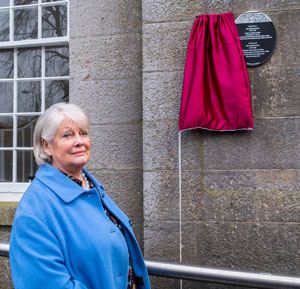 Good Morning, I’d like to thank Frank Cogan and the Meath Archaeological and Historical Society for their kind invitation to attend today’s ceremony.  Alice Stopford Green was my great-great-aunt, and I think it’s very special that she should be honoured in this way in her native community. I’m also grateful to Dr Angus Mitchell for making the original introductions, and we look forward to hearing him speak about Aunt Alice in due course.

Somebody asked me once if I thought Aunt Alice had been an active feminist. I said I didn’t think she would have needed to be – although entirely feminine in nature, I don’t believe she ever felt limited in her work or her relationships by a mere accident of gender.

Greatly influenced by her father in her early years, she was immensely compassionate, with a strong intolerance of injustice. Militant in support of what she believed to be right, Alice was also innately pacifist, with a genuine horror of violence.   I think she could be said to have demonstrated a very practical Christianity, aligned with a strong sense of moral responsibility.

As she died in 1929 I never knew her, but I was privileged to spend a great deal of my childhood in the company of the next generation, and to hear their stories of Aunt Alice and her exploits. Her nieces and nephew obviously held her in great affection, albeit with a respect and awe which at times could be quite overwhelming. Indeed, in later years, my mother – who was not easily intimidated – used to say that she was more frightened of Aunt Alice than of anyone she had ever met in her whole life. On the other hand, we have Alice’s niece Dorothy writing in her diary of a light-hearted – almost frivolous – afternoon spent with her aunt, trying-on clothes and experimenting with different hair-styles.

With her multi-faceted personality and extraordinary achievements, our family has always been immensely proud of Aunt Alice, and we are delighted that she has been so greatly honoured in the establishment of this excellent and appropriate memorial plaque. I’m so glad to be here for the unveiling, and would like to express my appreciation to everyone who has been involved in the project.

Below: a full house for Alice. Photo: John Moore (Kells) 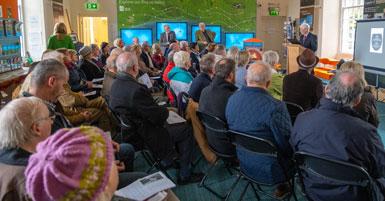 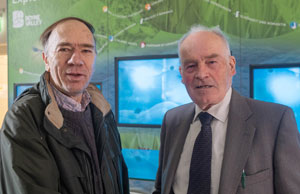 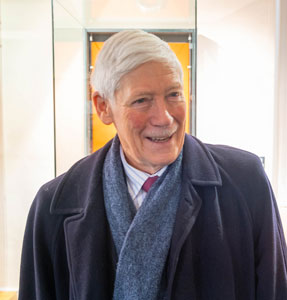