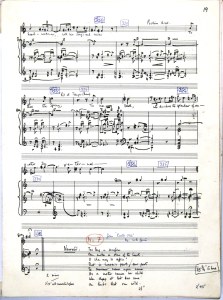 A commemorative concert was held in the Gaiety Theatre on Easter Monday 11 April 1966 as part of a series of events organised by Radio Éireann (now RTÉ) to commemorate the 50th anniversary of the 1916 Rising.  The evening began with the playing of National Anthem and Beethoven’s Eroica symphony, followed by a specially-commissioned cantata by the Irish composer Brian Boydell entitled A terrible beauty is born. 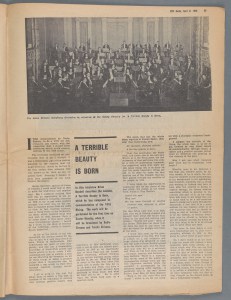 The text of the cantata – compiled by Tomás O Súilleabháin – consisted of the poetry of Thomas MacDonagh, Francis Ledwidge, George Russell, Dora Sigerson, Thomas Kettle, and William Butler Yeats.   As well as a prolific music composer, Boydell was also a conductor, singing teacher, music historian, lecturer, broadcaster, member of Aosdána, and professor of music at Trinity College for twenty years from 1962. 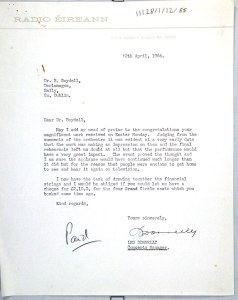 The choice to commission this work from Boydell was remarked upon in a positive way by some, including Charles Acton, Irish Times music critic, in light of Boydell’s declared pacifism, his (cultural) Protestantism, and his inability to speak Irish.  His use of the poetic works of a diverse group, which included a signatory of the Proclamation (MacDonagh), a Redmondite (Kettle), and a woman (Sigerson), points to what would nowadays be termed his ‘inclusivity’. 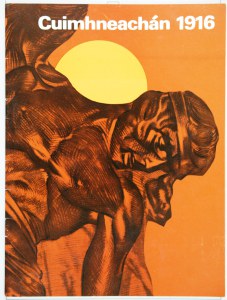 In January 1966 a government sub-committee, set up to organise competitions in the arts (as part of the official Golden Jubilee celebration events), also recruited Boydell, this time in the adjudication of a musical composition competition.  He accepted the request, and gave first place to a work by John Purser entitled ‘Epitaph’, which he commended for its originality, and for the fact that it was ‘the only piece in a contemporary idiom.’ 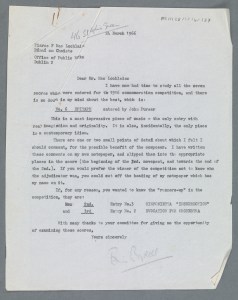 That Boydell was invited to play such a large role in the cultural events of the 1966 commemorative programme is evidence of the esteem in which he was held at the time as an artist.  He continued to play an active role in the musical life of the country up to his death in November 2000.  His legacy includes a substantial body of work: orchestral, instrumental, choral, chamber music and songs, as well as many published books, essays and articles on musical themes. 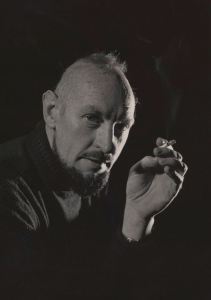 His papers, which are held in the Manuscripts & Archives Research Library, contain the drafts and raw materials of such works in the form of handwritten scores and research notes.  The collection also encompasses a wide variety of other documents, including a significant quantity of personal and official correspondence, broadcast scripts, diaries, scrapbooks, as well as cassette recordings and photographic slides, the latter being the fruits of one of his many hobbies.  These papers, apart from the scores, cassettes and slides, have been fully listed and are available for consultation in the M&ARL reading room.