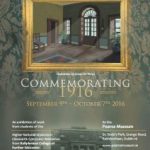 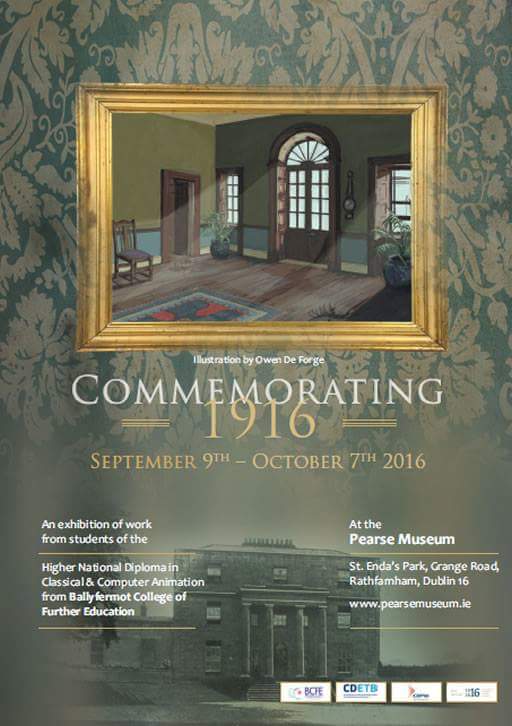 From 9 September 2016 onwards the Pearse Museum, Rathfarnham, Dublin 16, hosted an exhibition entitled ‘Commemorating 1916: An exhibition of work by students of the of the Higher National Diploma in Classical and Computer Animation at Ballyfermot College of Further Education’. In autumn 2015 second year students studying animation at Ballyfermot College of Further Education spent several days on location at the Pearse Museum to research backgrounds and characters for a proposed animated film based on the 1916 Rising. This project formed part of their course module on Visual Communication. While the main body of work was carried out in the Museum, students also visited other locations relevant to the Rising, including Kilmainham Gaol, Dublin Castle and a former tenement building on Henrietta Street in Dublin city centre.

The students’ own research greatly influenced the style and content of their work. The have used both traditional and digital techniques to recreate historic spaces associated with the Rising and render them as they might have appeared in 1916. They have also tried to capture the very special atmosphere of places like the Pearse Museum which formed the backdrop to the momentous events of one hundred years ago.

Learn more about the Pearse Museum.