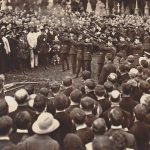 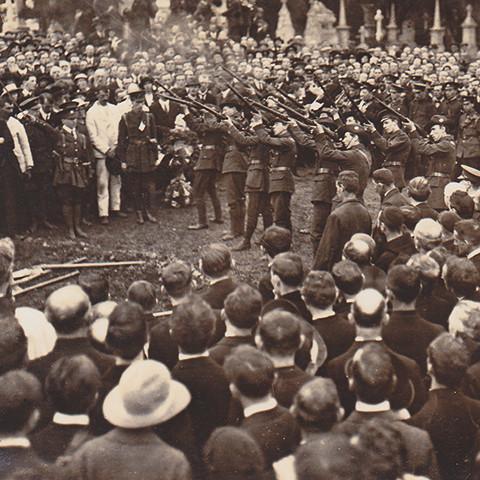 On Saturday 9 September 2017 Trinity College Dublin, in association with Glasnevin Trust, presented a one-day seminar on ‘Ireland after the Rising, 1916-18’. This seminar explored the changes in Irish political life after the Easter Rising to examine how violent insurrection by a minority faction of nationalists in Easter 1916 was transformed into a landslide political victory less than three years late, and what this meant for some of those who lost out. Profound change occurred in Ireland between May 1916 and December 1918, but the manner in which this happened, and its implications, is far less well known. The seminar explored how and why Ireland was changed for ever in the years between the Easter Rising and the outbreak of the War of Independence. Speakers included John Borgonovo (UCC), Mary McAuliffe (UCD), Conor Mulvagh (UCD) and Brian Hanley (Edinburgh). Learn more about the full programme here.

Listen back to this History Ireland Hedge School on Ireland after the Rising.