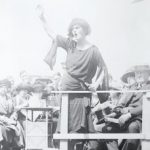 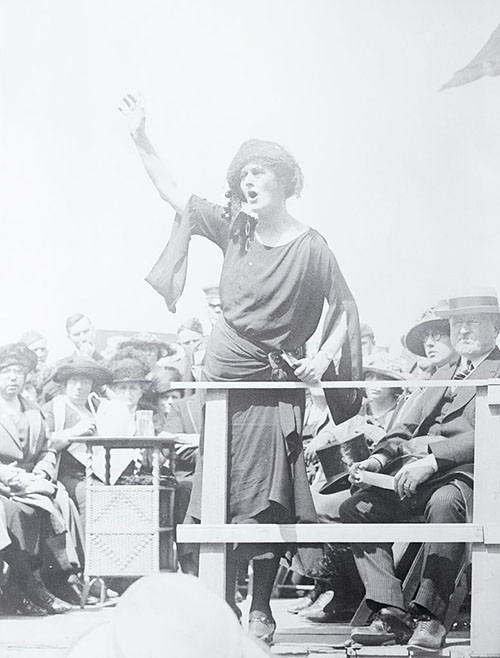 On Saturday 9 June 2019 SIPTU hosted a commemorative event in the forecourt of the Mansion House, Dublin to mark the centenary of ‘Lá na mBan’, 9 June 1918. This had arisen from the conscription crisis of 1918, and thousands of female activists took to the streets for Women’s Day/Lá na mBan to register another concerted protest against the prospect of conscription being extended to Ireland.

The commemoration included performances by Sabina Higgins, Micheline Sheehy Skeffington, and Niamh Parsons; speeches by  trade unionists including Patricia King and Sheila Nunan, by prominent women’s rights campaigners such as Orla O’Connor and Siona Cahill, and by Helena Molony’s biographer Nell Regan. Ethel Buckley acted as MC for the event, which took place place on and around a nineteenth century tram. The commemoration took place from from 12pm to 1.30 pm, and was followed by a Fair Plé music session in the Mansion House.