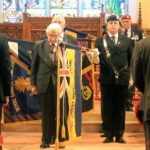 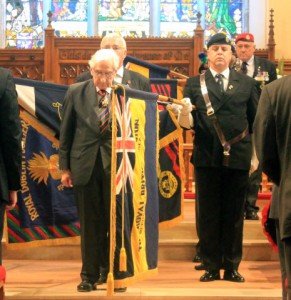 On Sunday 9 August the Northern Ireland World War One Centenary Committee held a service in Lisburn Cathedral on Sunday 9 August at 3pm to commemorate the Gallipoli campaign of 1915. Representatives of the Northern Ireland Executive and the Irish and Southern Irish Government attended, as did the High Commissioners of Australia and New Zealand and the Honorary Consul of Turkey.

In particular the service will mark the New Zealand forces’ attack on the high ground at Chunuk Bair and the landing of the 10th (Irish) Division at Suvla Bay; very haigh casualties were suffered in both engagements. After three months of  fighting on the Gallipoli Peninsula, the British government reluctantly decided to break the stalemate by making a fresh landing at Suvla Bay in August 1915 using the 9th Army Corps. The 10th (Irish) Division was a part of this force, and it included units from all the Irish infantry regiments: the 18th Royal Irish Regiment, Royal Inniskilling Fusiliers, Royal Irish (later Ulster) Rifles, Royal Irish Fusiliers, Connaught Rangers, Leinster Regiment, Royal Munster Fusiliers, and Royal Dublin Fusiliers. On 7, 8 and 9 August 1915, the Irish regiments at Gallipoli lost 307 men. Each of the eight Irish regiments that took part in the campaign was represented at the service.

Post Views: 43
Posted in 2015 events, Events in August 2015, Ireland and the World, Past, UK/United Kingdom Centenaries, Ulster, World War One