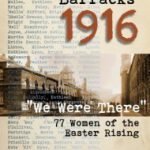 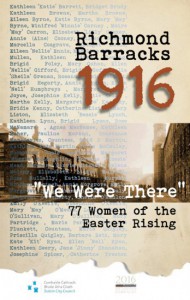 On 8 March 2016, to mark International Womens Day, the Royal Hospital Kilmainham hosted the launch of Richmond Barracks 1916: “We were there” – 77 women of the Easter Rising, by Liz Gillis and Mary McAuliffe, a new book that tells the stories of the 77 women who, along with their male colleagues, were arrested during Easter Week 1916 and held at Richmond Barracks. These women came not just from Dublin, but from various places around the country, from all classes, backgrounds and levels of education, and differed widely in their motivations for participating in the Rising, where they fought in Dublin but also in outposts in Enniscorthy and Galway.