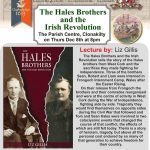 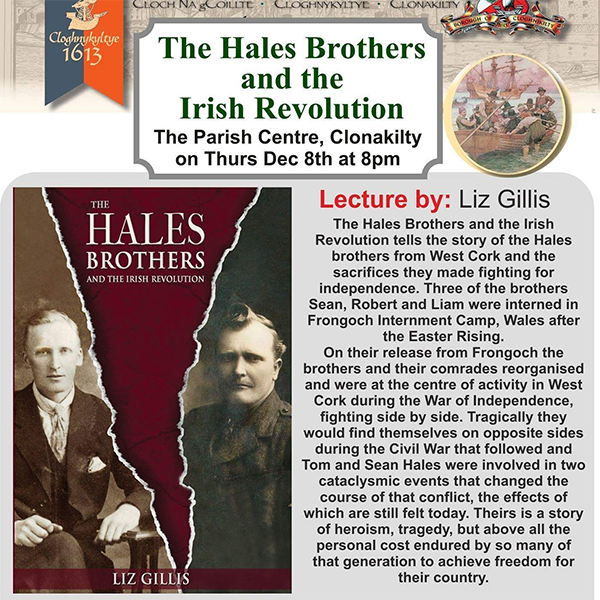 On Thursday 8 December 2016 Duchas Clonakilty Heritage presented a lecture by Liz Gillis on ‘The Hales brothers and the Irish Revolution’, based on her recent book of that name. The Hales brothers were from Cork, and were involved from the establishment of the Irish Volunteers in West Cork and were closely associated with well-known revolutionary figures, including Michael Collins, Tom Barry and Liam Deasy. Both Seán and Tom Hales were company commanders in the IRA in the area. The signing of the Anglo-Irish Treaty in December 1921 split the family and led to the two brothers taking opposing sides in the Civil War that would follow (their story provided some of the inspiration for Ken Loach’s The wind that shakes the barley). Tom Hales was the most senior Republican officer on the scene of the chaotic ambush at Béal na mBláth that led to the shooting of Michael Collins. Seán Hales was himself assassinated in Dublin by Republicans. The story of these brothers who fought together in 1916 and the War of Independence only to fight against each other in the bitter Civil War that followed gives a unique insight into life in Ireland in this period.

The lecture took place in the Parish Centre, Clonakilty.

Read the statements given to the Bureau of Military History by three of the Hales brothers: Donal, Tom, and William.