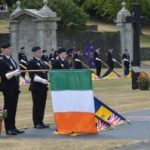 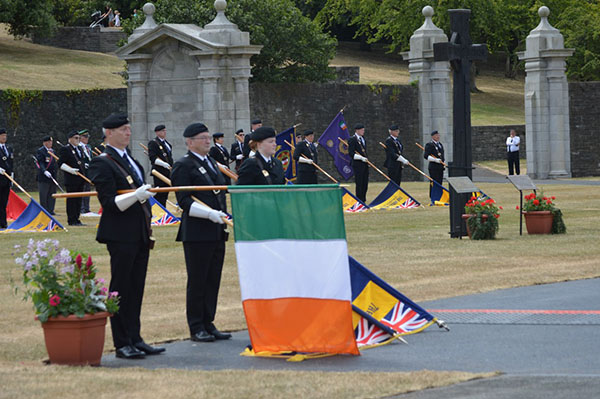 On Saturday 7 July 2018 a major ceremony of commemoration and wreath-laying was held at the Irish National War Memorial, Islandbridge, Dublin 8. This annual event is arranged and led by the Royal British Legion-Republic of Ireland with the co-operation and assistance of the Irish state. It commemorates those who lost their lives in the two World Wars, in particular the estimated 60,000 Irish men and women from all parts of the Ireland who served and died in those conflicts. Representation from all parts and traditions of the Island of Ireland is a key feature.

The ceremony commenced at 12.30 pm with a parade of the standards of Royal British Legion, regimental, ex-services organisations and commemorative associations. This was followed by an ecumenical service of remembrance, recitals and music and the laying of official wreaths by government and civic leaders, members of the diplomatic corps and service and veterans representatives. Music was provided by the combined bands of the Irish Defence Forces and the Royal Irish Regiment.