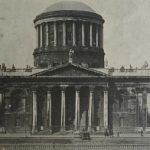 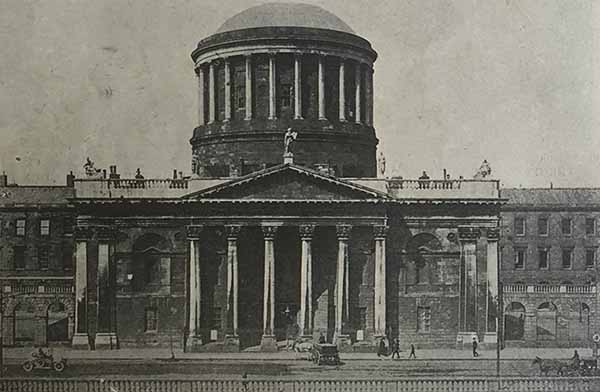 On Wednesday 7 December Dublin City Council  unveiled the latest in a series of plaques being erected to mark the Easter Rising of 1916. In this case, the plaque commemorates those members of the 1st Battalion of the Dublin Brigade, Irish Volunteers who fought under Edward Daly in and around the Four Courts and Church Street during the Rising. The plaque will be unveiled at the Capuchin Mission Hall, Church St, Dublin 7, and the event was attended by a Defence Forces colour party and was followed by a reception at the Macro Centre, North King Street, Dublin 7. The event took place at 11.30am.

From Century Ireland: The Four Courts and Church St in 1916.