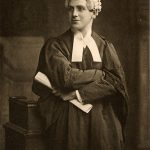 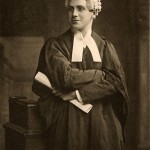 On Sunday 7 December the National Museum of Ireland (Decorative arts and History) Collins Barracks hosted ‘The Secret Scripture of the Poor’, a theatrical performance of a hymn based on Irish poet Thomas Kettle’s poem ‘To My Daughter, Betty’ composed and directed by George Higgs. This performance is a pilot for a larger project entitled ‘The Great War Signal Corps’, involving the creation of a libretto drawn from contemporary sources, to be developed between 2014—2018. The piece was performed by Tonnta Music (8 singers, directed by Robbie Blake), Alexandr Nisse (organ) and members of Dublin Youth Theatre.

Click here for further details on the National Museum of Ireland Collins Barracks, and read a short biography of Kettle from UCC Multitext.

From Century Ireland: Tom Kettle: ‘I am fighting for Ireland’.