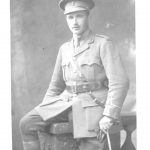 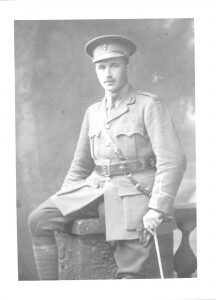 As part of its current exhibition, ‘Remembering World War One: the Donegal story’, Donegal County Museum hosted a talk by Col (Rtd) Declan O’Carroll on Capt Henry Gallaugher, DSO, in the museum on Thursday 16 October at 8pm. Gallaugher spent his early life in Manorcunningham, and was later active in the Ulster Volunteer Force.

He joined the 36th (Ulster) Division and trained at Finner Camp, Ballyshannon. He was deployed to Flanders and served at the Battle of the Somme; he was subsequently awarded the DSO. He was killed at the Battle of Messines Ridge in 1917 leading his men in battle.

From History Ireland: Tom Burke on the battle of Wijtschaete and Messines Ridge.