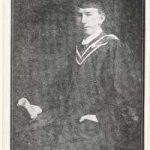 On Saturday 6 December at 3pm a lecture took place in Cahirciveen Library, Cahirciveen, Co. Kerry on the life and career of Fionán Lynch (1889-1966).

A native of Cahirciveen, Lynch was originally a teacher by profession. He was active in both the Gaelic League and the Irish Volunteers in Dublin, and was imprisoned for his involvement in the Easter Rising, having originally been sentenced to death. He was later elected Sinn Féin TD for South Kerry, served as secretary to the Irish delegation during the negotiations leading to the Anglo-Irish Treaty of 1921, and subsequently served in both the Provisional Government and National Army. He represented Kerry as both a Cumann na Gaedhal and Fine Gael TD before leaving politics in the 1940s to enter the legal profession, where he eventually became a circuit court judge. He died in Dublin in 1966.

The lecture was be given by Dr. Maurice Manning, with contributions from Prof. Tim Lynch, Dr. Dermot Lynch, and Minister Jimmy Deenihan TD.

Click here to read Fionán Lynch’s account of his role in the Irish revolution, as presented to the Bureau of Military History. Click here to read Diarmaid Ferriter on the life of Fionán Lynch, from the National Archives of Ireland online exhibition ‘Treaty’ (originally published in the Dictionary of Irish Biography).