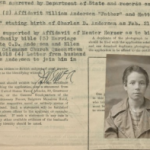 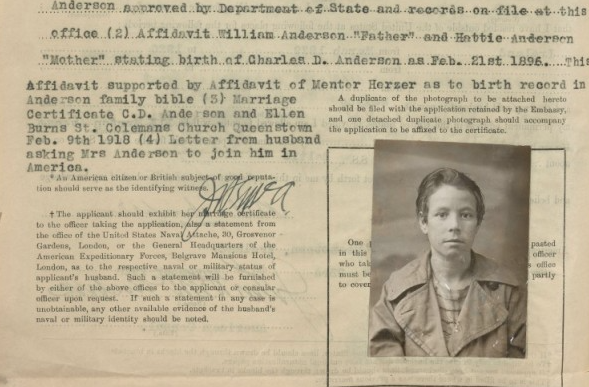 On Friday 5 May Sirius Arts Centre, Cobh, Co. Cork, hosted the opening of a new exhibition curated by Damien Shiels (Rubicon), entitled Portraits: women of Cork and the US Navy, 1917-19. In 1917 thousands of American naval servicemen came to Ireland to participate in the First World War. Their interactions with local women, particularly in Cork where they were based, became a major social issue. Many Irish women ultimately married these American sailors, with Queenstown / Cobh in particular seeing a large number of weddings. Who were these women and what were their stories? New research by Damian Shiels to identify them using U.S. passport applications has revealed something of the past – and the portraits of many. The exhibition at Sirius Arts Centre considers a number of these images, and the stories of those young women depicted.

This exhibition will run 17 September and until is kindly supported by the Port of Cork. Learn more about Portraits: women of Cork and the US Navy, 1917-19.

Post Views: 41
Posted in 2017 events, Events in April 2017, Exhibitions, Ireland and the World, Munster, Past, World War One and tagged Cork, First World War, US Navy