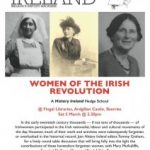 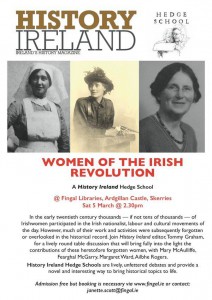 On Saturday 5 March 2016 a History Ireland ‘Hedge School’ debate on ‘Women of the Irish revolution’ took place at 2.30pm in Ardgillan Castle, Skerries, Co. Dublin. The debate was chaired by History Ireland editor Tommy Graham, and the panelists were Fearghal McGarry (QUB), Mary McAuliffe (UCD), Margaret Ward and Ailbhe Rogers. Listen back to a recording of the debate.