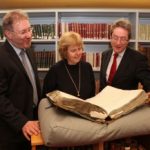 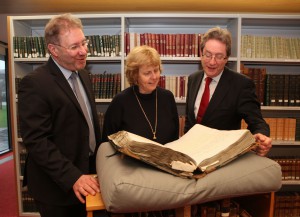 The Irish Research Council (IRC) is marking the ‘Decade of Commemorations’ by supporting flagship research projects related to 1916. A highlight of the programme is the Irish premiere of Sir Arnold Bax’s In memoriam – in memory of Patrick Pearse taking place in the National Concert Hall on 19 February 2016. The concert will also be broadcast live by RTÉ Lyric FM. NUI Galway is hosting 1916 Global, a conference exploring the Easter Rising within a global context and examining contemporary events in 1916 such as the Mexican revolution. Other highlights include conferences, online exhibitions, readings and the launch of a mobile walking app of key locations of the Rising in Dublin.

The programme is part of a new broader initiative, #LoveIrishResearch, recently launched by the Irish Research Council. Its aim is to increase public awareness of the important research conducted in higher education institutions throughout the country.

Minister for Research, Skills and Innovation, Damien English TD, commenting on the Council’s Decade of Centenaries Programme, said ‘the Decade of Centenaries offers a unique opportunity for national reflection and remembrance, for all members of Irish society including Ireland’s higher-education institutions. The breadth and diversity of the programme, reflecting the full complexity of Irish and European history, demonstrates that academic discourse and research is vital to any acts of national commemoration.’ Dr Jim Browne commented by saying: “NUI Galway is delighted to host this launch of IRC’s programme to mark the Decade of Centenaries. The projects supported are a wonderful reflection of the exciting work of humanities scholars across the higher education sector in Ireland. NUI Galway is very pleased to be included in this programme, as part of our own plans to mark the anniversary of 1916. We are delighted to support the IRC’s #LoveIrishResearch initiative to highlight public awareness of the important research conducted in higher education institutions throughout the country’. Professor Ohlmeyer added “The Irish Research Council is delighted to be part of the national programme of centenaries. The public interest in the Rising emphasises the centrality of humanities research to the public discourse on this period. The diversity and range of these projects are a reminder that Ireland, and being Irish, is complex and can be expressed in a number of ways. 1916 belongs to everyone and research by humanities scholars ensures that the legacy of 1916 is inclusive and belongs to every citizen of Ireland’.

Further details on IRC-funded ‘Marking the Decade of Centenaries’ projects, including further flagship awards will be available in the coming months, please visit www.research.ie and follow the IRC on Twitter: @irishresearch.

Post Views: 83
Posted in 2016 events, Archives, Artistic and Cultural, Connaught, Events in February 2016, Ireland and the World, Location, Past, Uncategorized